For the leader of an information management (IM) function, there’s a balance between what the organisation can achieve through technology, what the organisation must achieve to enable its strategic objective, and what the CIO might like to bring. Being focussed on continued relevance can unlock the opportunities IM leaders covet.

Jeff Carvell, CIO of InterOil, has 25 years of IM experience behind him. He has led IM functions in both SMEs and MNCs, worked at a number of global locations, and been responsible for IM development across many industries.

“I like the challenge of an IM function that’s broken and needs work, especially in companies that are on the edge of their own transformations,” says Carvell. “I’ve worked in manufacturing and financial services, then more recently mining, and now oil and gas. There’s always more that IM could for the business, and that seems to hold true across multiple sectors."

When setting the strategic direction for the function at InterOil, the prioritisation of business demanded that initiatives ahead of self-improvement became an essential exercise. Understandably, the business expected that the IM function was ready to support the broader organisational transformation. In fact, there was a lot to be achieved in order to become effective.

During the first quarter of 2014, a strategy was approved for reinventing the IM function from a cost consumer to a strategic enabler. The strategy was underpinned by three objectives, each aligned to a fiscal year planning horizon. Each tactical step moved the function closer to success.

An early starting point was to record the current state and to put in place a process for ongoing measurement of maturity in capability. It was important to bring together both empirical data and customer perception. “At the start we received the brutal facts about our performance” Carvell says. “However, there was support for our continued willingness to treat feedback as a gift, and to learn from that”.

It soon became clear that information management was in many ways disconnected from the business and was not prepared to meet demand unless structural changes were applied. Taking a step back to observe, it became clear the IM team spent most of it’s time firefighting. There was little specialisation and while there was tacit knowledge of technical solutions, the frequent outages were symptomatic of being out of control.

The first financial year objective was therefore to stabilise operationally, and included a program of technical changes. These tactical steps were carefully chosen to upgrade foundation services as soon as possible. The drive to stabilise as quickly as possible allowed a return to the real prize: enabling the business.

Not fighting fires allowed InterOil to get to the starting line. Next was to design services, set service levels, and implement an ITIL-based service delivery model that would operate in the back of house. IT solutions company Empired was chosen on a number of winning criteria, and overall represented the best fit for the size of the organisation.

“In front of the customer, there were many places where our service levels were failing,” admits Carvell. “Sometimes due to the language we used, sometimes due to our lack of humility, and in large part due to a mismatch of what we provided compared to what the business needed. One example was the need for 24/7 support, but most important was the overwhelming request to talk to a person.

“At the time it seemed revolutionary – building a customer service delivery model that is humanistic, understands the business, oversees the engagement end to end, is placed onsite, and is next to the customer. Each of these requirements was built into a delivery model for the front of house internal team called ‘wantoks’ in Tok Pisin, Papua New Guinea (PNG), meaning literally ‘one talk’ but culturally meaning a person close to you, to whom you give complete loyalty and with whom you share common values. The team came up with the name as a way of explaining the newly positioned support team on the ground; it was a winner.”

In order to deliver rapid resolution of technical issues when they arose, it was necessary to have in place access to on-the-ground engineers as dedicated resolver groups. Onsite in the field, at small and large logistics bases and in the office locations, the wantoks were supplemented by onsite infrastructure management resources. In Singapore, Empired provided this support while in PNG, Allcom MCR was chosen as the trusted service delivery partner.

With the stabilisation phase complete, it was time to take the steps towards becoming world class. In the second fiscal year the IM capability needed to mature further in accordance with targets set after the original maturity assessment. Again, a series of high business benefit projects and initiatives were slated. To be world class the IM solutions needed to be at least industry standard and as good as our industry peers.

The changes required included a lot of standardisation – of hardware models, software titles, configuration, and security – actually right through the technology stack.

In the field, achieving a high level of availability in site connectivity had been challenging VoiP telephony, data acquisition and application performance. An end to end solution design was required which upgraded equipment and applied some hard learned lessons. “The nature of field operations is that it constantly changes,” Carvell says. “Technology in field operations needs to be standardised in design and build, yet portable for mobilisation and demobilisation. The demands are always increasing”.

A containerised solution was not a new industry concept, but the brief was that the standard design would include what had been learnt over time. The solution needed to be standardised, include VSAT connection redundancy, provide safe operation during assembly, maintain tight engineering control, achieve helicopter portability under a max weight of load constraint, rapid mobilization and demobilisation, as well as remote connectivity monitoring – all underpinned by field support. This was developed in collaboration with network and satellite communications service provider, Speedcast.

A further challenge to solve in the field was the reliability of internet connection for data acquisition. At each rig site, oilfield service business Geoservices Australasia Pty Ltd, was required to maximise the drilling investment through appropriate decision-making. Historically, the bandwidth demands of corporate traffic and acquired data were impacting each other, and from a service model point of view represented an unnecessary dependency. Working closely with Geoservices, a design was established for standalone infrastructure to support mudlogging. Geoservices prepared a standard solution, developed mobilisation and demobilisation processes, and integrated the solution with the on-the-ground engineers.

Having delivered the world class objectives, the next series of steps were designed to deliver something world-leading. In order to say the business was leading peers, the application of technology needed to be at the front of what was possible.

While InterOil has focussed on data management, the confidentiality, integrity and availability of data has improved. From initially having islands of data, today data is synchronised globally, secured, and available when offline. A single corporate DMS provides the core document and records management solution and as an extension, controlled documents are published to the intranet both inside and outside of the corporate management system. The objective of always having the latest version and a single source of truth has been met.

“We’ve taken the function through to the targeted maturity,” Carvell says, “and improved the quality of what we do, but also rebuilt the entire IM service offering. In the past 24 months we’ve gone through significant change.

“From initially achieving reliability, then becoming industry comparable and finally a strategically aligned enabler, the IM function has worked hard to earn its place as a high performing and relevant part of the business”. 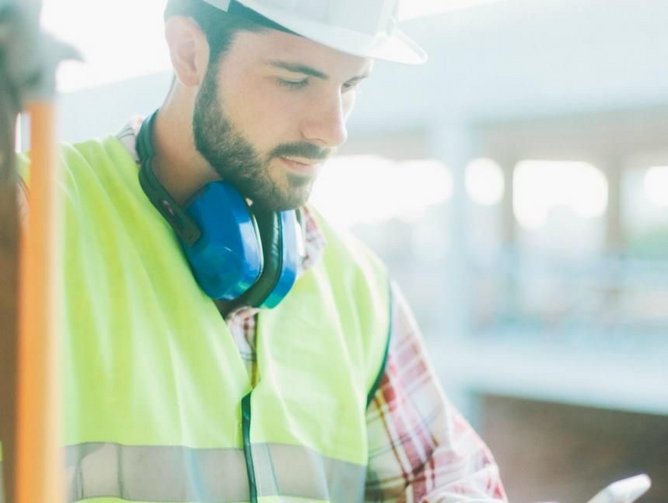