Sport is big in Australia and Delaware North has been a big name in Australian sport since the foodservice giant entered the ANZ market more than 30 years ago.

The global company has remained in the ownership of the Jacobs family right through its history, and that culture of family, entrepreneurship and flexibility continues to shape an ethos which is best summed up by Chairman Jeremy Jacobs’ remarks in the 2017 Annual Report: “Our centennial was a great reminder of the core principles and values-driven approach to business on which our company was founded. Since the early days of peanuts and popcorn, Delaware North has thrived on the strength of our industry and client relationships. Trust, integrity and character are values that we hold dear to our family, and they are the same values we have instilled in our company. We know that the strength of our partnership with clients and colleagues is the key to our continued growth and success.”

This emphasis on partnership is the key to the supply chain transformation currently being led within the Australian business by Adrian Lorenzin, its (relatively) new Director of Procurement. Lorenzin brought with him extensive experience in the airline and retail industries, most recently with the country’s second largest supermarket chain Coles, but with less knowledge of hospitality. However, he and the leadership that appointed him thought this an advantage rather than a drawback. What was needed was a fresh approach.

The Australian business is at an interesting stage. Having established itself firmly as the leader in sports hospitality services, with Melbourne & Olympic Parks (home of the Australian Open), Melbourne’s Etihad Stadium and the Sydney Cricket Ground in its portfolio, it expanded its travel hospitality services business, with an increased presence at the majority of capital city airports around the region. In 2009 it acquired several iconic Australian resorts including Lizard Island, Kings Canyon Resort and El Questro Resort.

Now the business is in growth mode, having just purchased its first two pubs in Queensland. Thus far Delaware North had not owned any pubs or purely gaming operations in Australia, though it’s big in gaming in its other markets such as the US, explains Lorenzin. “The pubs and gaming sector is where we see significant growth coming from and we will look to expand our portfolio in the next few years.” He sees his role as to extract value from the A$100mn current annual spend by developing the procurement strategy and applying that to the growth business: “We expect our revenue will grow significantly in the next three years: procurement will play a major role in that.”

With pubs set to become a major business unit, Delaware North will be moving into a very closely regulated and compliance-based environment. This is an expansion that will need to be very carefully managed, though it will be a perfect marriage between the food and beverage core business and the gaming market. Exciting times for Adrian Lorenzin and his team, for whom this is about much more than scaling up an existing operation.

In August 2017 he joined a business that was prepared for change. “I have always been mindful that my procurement strategy needs to fit into where the business is going rather than have the business fit into my procurement strategy. The basis for the procurement transformation started at the most senior levels with our executive team – they saw some opportunities and green shoots in areas that they scratched in the twelve months before I arrived.” Nevertheless, supply change management was not as mature at Delaware North as he had been used to at Coles or Qantas – multi-billion-dollar companies with a highly advanced procurement function – and very commercial in the way that they go about managing suppliers.

But these large ASX companies could also be onerous. “I came in with the view of bringing the best of what I have done previously in blue-chip environments while avoiding the things I had identified as slowing those cultures down. The environment that I identified when I came here was a traditional supplier model. We’d engage suppliers without any long-term commitment, negotiating discounts and the like, but with very little true marketing engagement.”

The first partnerships Lorenzin forged were internal. After launching a three-year analysis of value in every corner of the supply chain (the first pillar of his transformation), he looked at how procurement engaged with the operational side of the business. This necessitates a broad cultural change, he believes. Rather than making sourcing decisions centrally and asking the management of sites to live with them, Lorenzin started to invite operations to make their preferences known. “There was an opportunity to increase two-way dialogue and give operators the chance to share input. I was saying to key operational partners, ‘You will have a voice more than you've ever had. However, it will be structured.’ We have been very clear as to what we will be sourcing from the market and where we will be seeking their input.”

Procurement, he says, is the magnifying glass that draws together the expertise across the business, concentrates it and obtains the best outcome for the business. The Pareto rule applies: 80% of the total spend is on things that do not require local flexibility; 20% may be on things that really need to be locally sourced. Take wines for example: “We run bars in airports across Australia and we always need to have local wines represented. Often we’d look to the nearest winery – but the largest wine supplier that we work with owns 96 Australian wineries! We are working with a strategic national partner that can satisfy local needs but operations don't know that because they don't have the bird's eye view. Procurement’s job is to create a commercial framework for the management on the ground to satisfy their local requirements with our national partner.”

There are of course occasions when nothing beats a local supplier. For instance, El Questro offers barramundi, a popular fish caught in northwest WA at Wyndham. Lorenzin knows he will never replace that with a less expensive frozen alternative, despite the potential cost savings. “We must always empower operations to support local industries. The worst thing we can do is create policies and procedures that stop people from being flexible to the customer base.”

For now technology is taking a back seat to structural and cultural change. The current stock control management (SCM) ordering system holds all the SKUs pricing information and supplier data. “The system works well and with 100% compliance. It is the only way you can order anything within the business.” Lorenzin says he would like some refinements, but these will be addressed in a later phase of the transformation.

For now he wants to reduce the SKU list to a manageable size and reduce its complexity, and at the same time reduce the supplier ‘tail’. At the head of the list of strategic partners are the sponsors of major sporting events. High profile food brands and franchises are represented in the Delaware North portfolio through license arrangements. At this stage the extent of the procurement relationship is the use of Delaware North’s systems to do the ordering. There is little upside in this arrangement, Lorenzin says, but there could be a lot more. “There’s potential in the future to partner with these companies and make use of the synergies that exist: there is a real case for forming a buying group with others in the market. An alliance of strong brands that are purchasing in comparable volumes to our own would make us a very significant entity for the supplier market to consider.”

Starting with the top categories, the team he has been hand-picking will systematically go through the suppliers, driving value where it can be most easily achieved. “I have made a commitment to the business that we will reduce like-for-like costs by between 5% and 10%. One of the best things we can give this business from a procurement perspective is confidence and commitment in their cost base.”

In the second phase, Lorenzin will look to value opportunities in the logistics operation, through collaboration with partners. By far the biggest transport operator into all operations is their national food distributor, but there are many smaller suppliers, and this can create problems, especially in a city. For example, when there’s a big game at the Etihad Stadium there could be up to 20 deliveries in a day coming through choked streets. "There’s so much room for optimisation here,” says Lorenzin. “The second wave of transformation may well see consolidation in our delivery service with just one temperature-controlled delivery and one ambient delivery each day. That is achievable because we have geographical critical mass – at Melbourne for example where we have the airport, the stadium and the tennis park – to run consolidation into those operations.”

The measured approach is very much in accord with the CEO and Lorenzin’s colleagues in the senior leadership. We could look to go more quickly and land this all in the first phase of the strategy, but we’ve been in this market for more than thirty years and will be around for decades to come. I wanted to take people on the first journey of procurement by which we are rationalising the supplier and SKU bases and forging longer term relations with strategic suppliers: then I want to overlay that with the right technology platform and the right logistics network.”

Always fond of colourful analogies, Lorenzin likens the procurement transformation to climbing Everest. “I think I know the route to the summit, but before I tackle that I want to get the business to base camp one. Getting that far has its own rewards and it is achievable. I consider myself lucky to have been able to hire an excellent team and to have the support of an executive team that gives me the autonomy I need.” 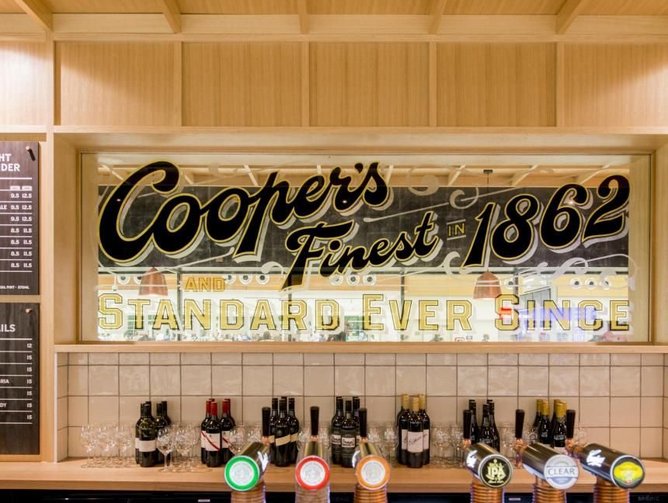 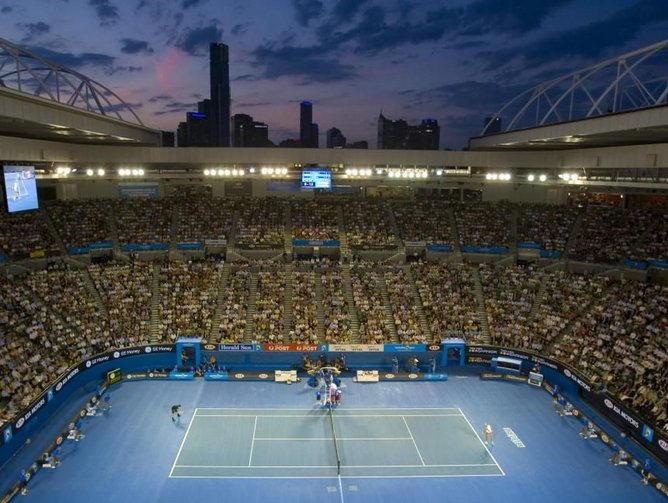 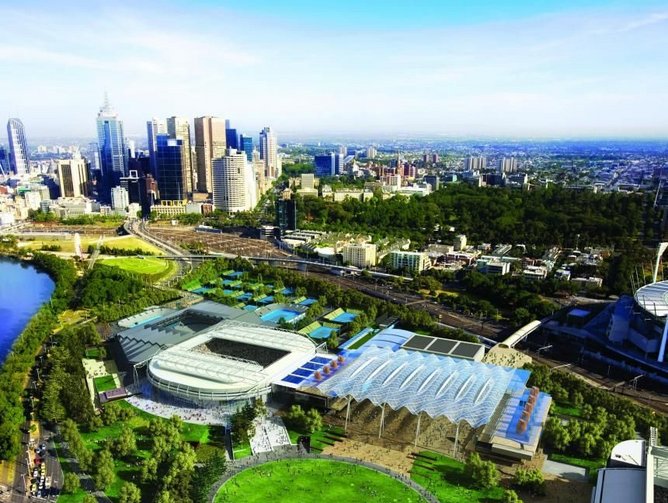 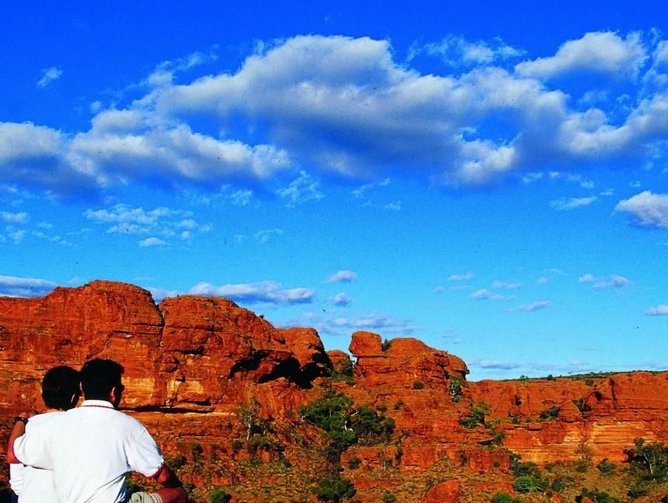