Mount Morgans near Laverton in Western Australia has been a renowned centre for gold production since ore was first discovered there in 1896. Named after Alfred Edward Morgans, a Welsh investor who first developed the productive open pit Westralia mine, it had produced a million ounces of gold by 2011, by which time it was pretty much mined out, and in April that year the company that owned it threw in the towel. By happy coincidence it was in the same year that Avoca Resources merged with Anatolia to form Alacer Gold, which now focuses its attention on the goldfields of Turkey. Avoca was a successful enterprise that started as a junior exploration company and grew via an IPO to become a leading gold producer on the ASX.

Following the merger and an 11-year journey Avoca's CEO Rohan Williams says he felt ready for some time out, but that was not to be – Mount Morgans came to his notice and enticed him to pursue a growing conviction that the project had potential. He raised $10 million (Australian) privately to buy the project outright from its administrators in January 2012. In November of the same year Dacian Gold listed on the ASX following an IPO that raised $20 million. “With that behind us we had three years to do a thorough exploration: if our theory was right we hoped to be able to build a mine,” says Williams.

The success of Avoca, and the fact that much of the same team was involved at Dacian, helped sway the investors, he admits, and since the IPO the project has proceeded very much as well as he and his backers could possibly hope. In just two locations, below the old Westralia open pit and at a surface deposit just 10 miles away named Jupiter, the drill-out confirmed an ore base of 1.2 million ounces of gold at an average recovery cost of around A$1,000 per ounce. With Australian gold prices currently firming at close to $1,700 per ounce the mine, which has been confirmed to have at least an eight-year lifespan, will break even well within two years.

In the event Williams is very much more optimistic, and is holding himself in check when he claims to being well on the way to becoming a 200,000-ounce per year gold producer over a 10-year period, making Dacian Gold a significant new mid-tier Australian gold producer. “We did a feasibility study and that showed it was going to be an economic proposition and then it was a matter of raising finance and construction and in March next year we will have our first gold bars.”

This first gold will come from the brand new 2.5 million tonne per annum carbon-in-leach (CIL) processing plant being built under an EPC contract by GR Engineering, which will also be responsible for building supporting infrastructure including a tailings storage facility; raw water supply infrastructure; workshops, offices and infrastructure to support the Jupiter open pit; an administration complex; and a new haul road. The processing plant is located close to the Jupiter pit, where, later this year, run-of-mine ore will be trucked from the new underground mining complex being built by RUC Mining. The underground mining contract includes development of a new portal for Beresford, rehabilitation of the historic underground portal and Allanson decline; and level development, ore driving, and stope production.

These are partners that Williams and his team know well, having worked with them at Avoca. Two separate mines are to be built to extract ore from the two main deposits at Westralia – Beresford and Allanson – with construction at the Beresford mine started in mid-May. “Our plan is to place around half a million tonnes of ore on the ROM pad so that when the processing plant is turned on in March 2018 it can go straight into full production. He adds that the processing plant will have a design life of at least 20 years, reflecting his confidence on the as yet unconfirmed future potential of the 520 square kilometre Mt Morgans project.

Rohan Williams is a man who likes to back his gut instincts as a geologist with firm evidence. When he first looked at the site, the paucity of diamond drill cores at site once shocked him and gladdened his heart. “It was a great indicator to me of how under-explored this project was. Westralia is a field that had produced over a million ounces of gold yet there was almost no diamond drilling completed at depth – without that the geologists could not really understand what controls the ore bodies.” Already Dacian has increased 20-fold the amount of hard evidence in terms of drill cores, he continues: “Exploration is one of the things we do well. We put effort, dollars and geological science into understanding the mineralisation as well as humanly possible. Diamond drilling is the only way to do that.” With that in mind the company raised an additional $20 million in its last raising for its continuing exploration programme, he says. Many companies with a clear path to profitable production might be tempted to focus exclusively on construction, but not Dacian, which wants to still be bringing in new resources 20 years from now.

It's already been established that Westralia is a large mineralised system extending over three kilometres, and that the Jupiter deposit is also a big open pit at nearly two kilometres long. With all systems go on developing these areas Williams is intent on investigating a third potential system on the property known as Cameron Well, just nine kilometres from the treatment plant. A 750-hole reconnaissance drilling programme has just been completed using a combination of air-core and RAB (rotary air blast) drilling, showing up encouraging quantities of near-surface gold. Once all these results have been interpreted he intends to bring in the diamond drilling and reverse circulation (RC) rigs to confirm what he believes may well become a third major resource for the company.

You only have to look at the area that embraces Mt Morgans to feel the buzz. Just outside lies the world class Wallaby gold mine and within a 25 kilometre radius there are many other names to conjure with such as the Sunrise Dam and Granny Smith gold mines. “I can't think of another gold system in Australia where there are that many two-million plus gold deposits. We are definitely in elephant country and it excites us.” That combination of enthusiasm, experience and scientific rigour is what makes Dacian a leading light in the resurgence of Australia's gold mining industry after a period of recession. 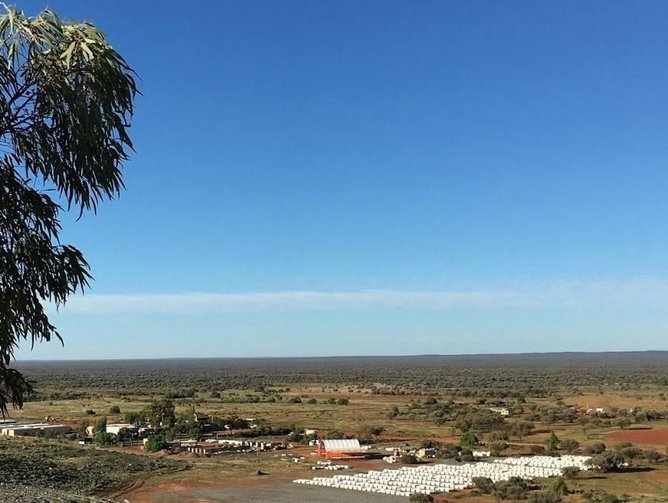 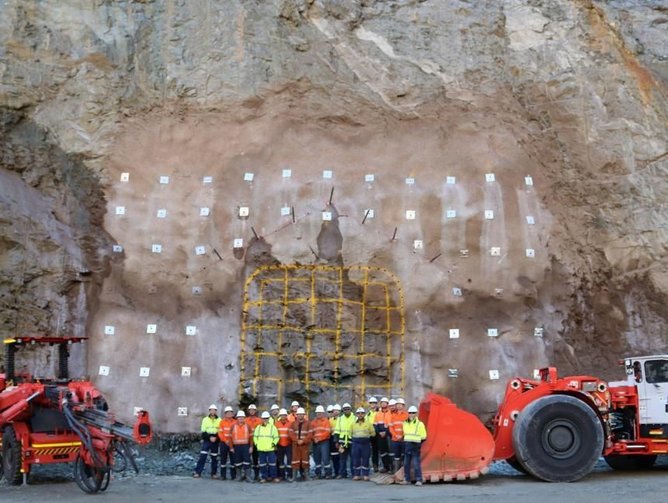 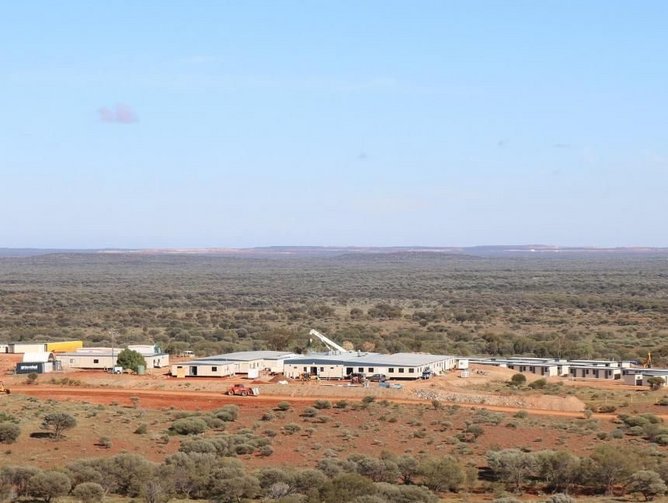 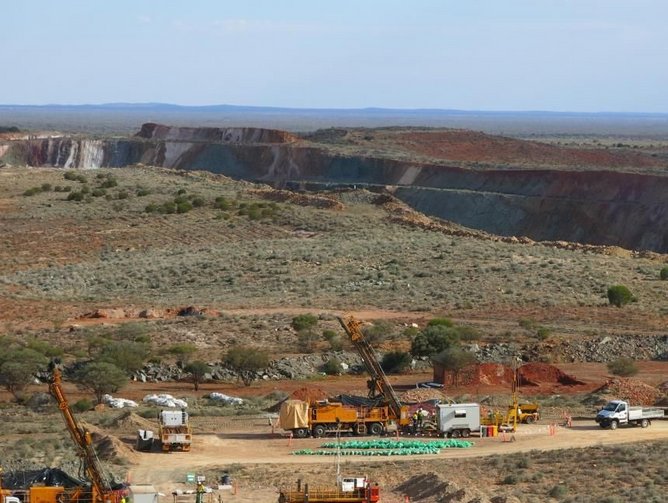 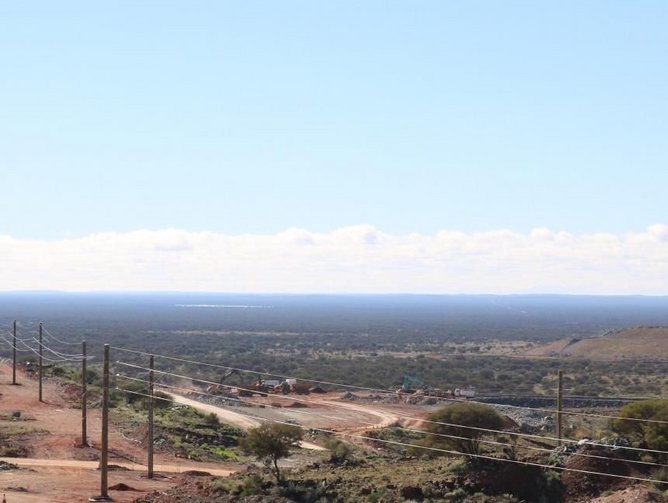 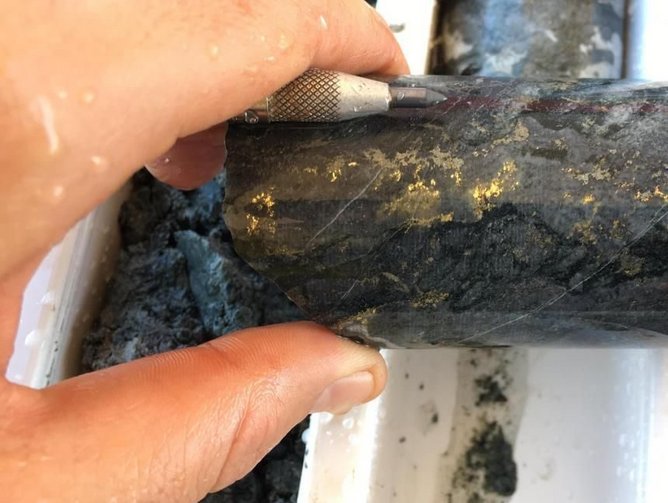 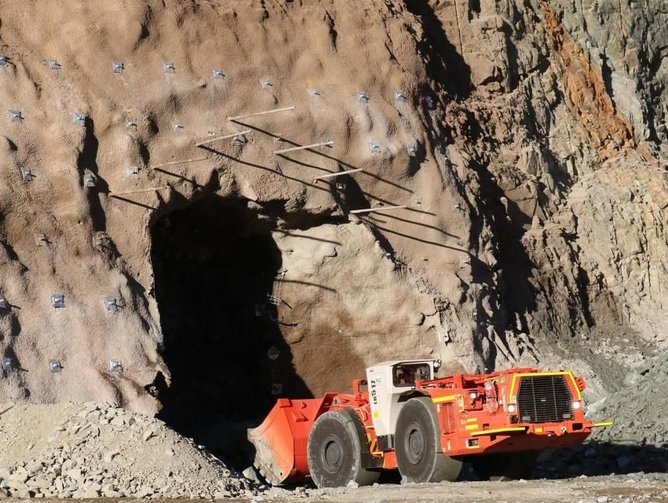