Legacy Way is part of Brisbane City Council’s long-term plan to improve travel across Brisbane, Queensland. The Legacy Way tunnel, the fourth of five TransApex projects, is currently under construction. It will connect the Western Freeway at Toowong with the Inner City Bypass (ICB) at Kelvin Grove.

The benefits of the project are wide-reaching, but the biggest will be its effect on the traffic in that area of the city. By providing an alternative route for Western Freeway traffic travelling to and from the ICB, Legacy Way will almost halve peak period travel times between the Centenary Bridge and the ICB. The project will also reduce traffic on Milton Road and Coronation Drive and reduce through traffic on some local streets.

While construction is taking place, Transcity has made it a priority to significantly reduce the construction footprint and the impact construction has on the neighbouring residents and areas of environmental significance, like the Brisbane Botanic Gardens at Mount Coot-tha.

Transcity is the combination of three companies, a joint venture between Brisbane’s local civil engineering and construction experts BMD Constructions (BMD), Italian tunnelling specialists Ghella, and Spanish tunnelling and civil infrastructure giant Acciona Infrastructures. These three companies joined together in 2010 for the work on the Legacy Way project.

Construction on the Legacy Way project began in 2011 and is scheduled to be completed in 2015. The contract Transcity has with Brisbane City Council states that the company will also be responsible for tunnel maintenance for 10 years after the completion of the project.

The project consists of the construction of 4.6 kilometre twin tunnels – two tunnels with two lanes in each direction. One of the tunnels will direct traffic west to the portal at Toowong, the other to the east portal at Kelvin Grove.

Excavation for the tunnel began in August of 2012 and took less than 10 months for both machines to get from one end of the project to the other.

“It's a four year project, so it is very sensitive to the community,” said Project Director Jose Antonio Sanchez, a civil engineer with 27 years’ experience, who’s working on the project.

“That has been one of the key items, the key focus from Transcity and the project as a whole during construction, to minimise impacts on the surrounding community and environment.”

The project has seen a large workforce – over 7,600 people have participated in the safety inductions for the site. At the peak of construction, the work sites saw around 1,100 workers, but the current workforce is closer to 650 to 700. The mechanical and electrical workforce number is around 340 just on its own.

There are four distinct sites to the Legacy Way project including – the western worksite, tunnel alignment, eastern worksite and the Moggill Road/Western Freeway interchange project.

Construction takes place on all four sites year round, but Transcity is restricted to night work on the majority of sites that impact the road network so the construction efforts interfere as little as possible with the travelling public. Tunnelling and underground fit out work can take place 24 hours a day.

To keep things orderly in the construction zone, Transcity has their own logistics team on site which manages the delivery of supplies and materials throughout the site and to work areas. Because of the nature of the project, the teams have restricted workspace, which causes some issues.

“We have a very restricted worksite when it comes to space, so we don't have the advantage to bring a mass of materials and store them on site, we basically have to bring things in as they are required,” said Chris Brett, Construction Manager.

There is also an in house procurement team that shares all updates and important information with the different parts of the team.

Transcity has also made a concerted effort to eliminate the impacts the community and environment have experienced. By working with the Brisbane City Council to minimise these impacts, Transcity has been successful in maintaining a positive working relationship with those impacted during construction.

Electrical and Mechanical Fit out

The project is currently full speed ahead with the electrical and mechanical fit out, which began in February of this year. Transcity has made an alliance with the mechanical and electrical contractor RCR, which is based out of Perth in Western Australia.

The work on this stretch of the project includes compounding a set of systems that will provide full operational functionality to the tunnel, including fire systems, ventilation, traffic control systems and lighting.

Transcity has been responsible for several innovative solutions to restrictions and challenges on the Legacy Way tunnel project.

For example, the original design had the tunnel alignment affecting the surrounding roads, roundabouts and parks in a big way. The design included a lot of cut and cover structures, which were going to have to be built on the same existing road alignment. Traffic patterns had the potential to be thrown into chaos.

The team at Transcity worked with the design to come up with a largely offline alignment, changing where the entrances and the exits to the tunnel were to be built. Because of this alteration, 90-plus percent of the project can be built without affecting existing traffic alignments, and has had little effect on the travelling public.

Another crafty solution Transcity developed during construction was an alternative way to move the spoil from tunnelling. Originally the company was going to build an overland conveyor to send material to an existing bank of a nearby quarry, which Brisbane City Council owns and operates. The crew developed a better idea however – better than running the spoil above ground through the Botanic Gardens, creating noise and environmental issues.

Instead, the team built an underground tunnel from the worksite to the quarry and conveyed all of the materials produced by the tunnel boring machines (TBMs) and stockpiled it there.

The TBMs were an issue as well. Because of the restrictive space, Transcity had to get creative with how the TBMs were brought to site. Instead of bringing the fully-formed machine to the site, the TBMs were assembled at the west end of construction in a 75-metre long open trough structure. Overhead was a large craneage system that assisted with the build process.

There was a lot less space at the east end of the job, and there was the existing issue of a carriageway that wasn’t due to be moved until later in the project. Disassembling the TBMs was done with the help of a hydraulic jacking system, which allowed the guys who did the tunnelling to disassemble the TBMs within the existing cut and cover structures.

The reinstatement of the Toowong worksite will be the largest upgrade to the Botanic Gardens since they opened in 1970, and includes a kitchen garden, amphitheatre, forest walk, playground and an 18 megalitre lagoon to help drought proof the Gardens.

Completion of the tunnel project is little less than a year away. “We’re always concentrating on the lessons learned as we continue with construction,” Brett commented.

“Construction solutions from the beginning of the project have influenced our decisions through the rest of the project, and will continue to do so until the completion of the tunnel.” 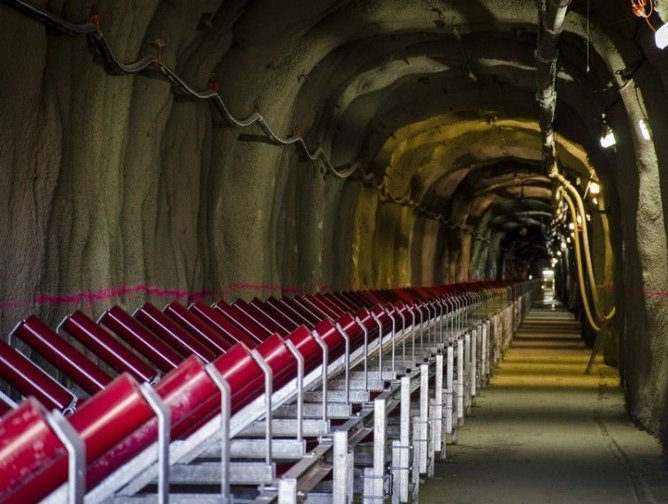 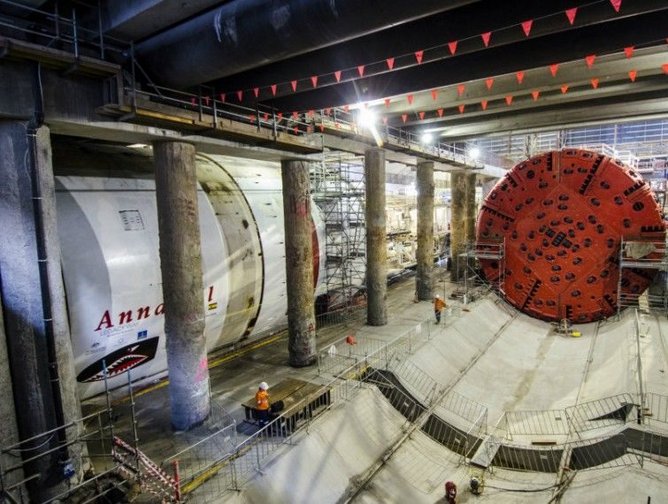