Concrib began its quality services more than 30 years ago when Martin Silec founded “Concrib Retaining Walls” in 1984. In fact, the company was one of the first in Australia to supply and install crib wall and sleeper wall systems. Concrib has been providing retaining walls, erosion control systems and soil stabilization systems ever since. Their continued and stringent adherence to the highest standards, throughout the manufacturing and installation processes, laid the foundations for their solid reputation for exceptional service and quality, which persist today.

The Company continues to invest in itself and look for additional means of adding value and breadth to its client offering. Since its inception, the Company has added several new systems to their range. This has enabled Concrib to provide solutions for a wide variety of projects, including those requiring concrete crib walls, concrete sleeper retaining walls, Stone Strong interlocking block retaining walls, gabion and rock-mattress structures, rock-fall netting protection, and segmental geo-grid reinforced retaining walls.

Concrib offers a complete range of professional services, including design, manufacture& supply, construction, and certification of the highest standards, as well as design advice and budget planning services to consultants, engineers and contractors.

Among Concrib's top competitive advantages is the range of solutions they offer. “We manufacture three particular retaining wall solutions, but we also offer other proprietary systems. As far as we're aware, there aren't any other companies that offer as comprehensive a range of potential retention solutions as we do,” said Silec. “Secondly, with the systems that we manufacture and install, we meet all the required standards for manufacturing. For example, we're now ISO 9001 accredited. As part of this we meet all the Australian standards for manufacturing precast concrete, the respective steel standards regarding the prefabrication for our sleeper walls, and the Australia standards for earth-retaining structures.”

Silec explained that they also choose to partake in third-party auditing as a means of continuing to deliver the absolute highest quality standards throughout their operations. “We have regular third-party auditing with an external engineer of both our manufacturing and the inspection of our installation,” said Silec. From this, the inspector issues what is referred to as a monthly Form 16, an engineering certification, verifying that Concrib meets all pertinent code requirements.

Silec highlighted another powerful competitive advantage in the Company's personnel resources, which includes a team of 65 skilled workers. “Administratively, we have four engineers within our staff. We have a greater amount of engineering resources than virtually all of our competitors. Furthermore, on site, we provide a total turnkey solution in terms of offering design, supply, and installation. Within that, we have our own installation crews, which guarantees we're supervising the installation, ensuring correct construction technique,” said Silec. Furthermore, Concrib's working company directors contribute combined experience of over 140 years in the design, supply, and construction aspects of this industry. And their site supervisors all have the right knowledge, experience, and attitude to maximise performance, quality, efficiency and safety. In addition, Concrib's permanent site labour personnel are well versed in their roles and represent long-term commitment and employment consistency, reflecting the Company's high standards.

Silec expanded on the Company's advantages by explaining that Concrib provides companies with a significant convenience element through their analysis of the drawings and specifications involved with the tendering and quotation process, which can often be a source of frustration for companies who are left to navigate this process without an experienced guide.

Silec also pointed out that Concrib is a member of a number of different associations, strengthening their ties throughout the main industry and subdivisions as well. This association participation has opened the Company up to expanded resources; physical and intellectual. Likewise, the Company takes pleasure in sharing their own 30-plus year expertise with other association members. Concrib is a member of associations such as Civil Contractors Federation (CFF), Urban Development Institute of Australia (UDIA), Engineers of Australia, Queensland Master Builders, Concrete Institute of Australia (CIA), and the Australian Geomechanics Society (AGS). “Involvement and participation with all of those ensures that we keep in touch with the full spectrum of the industry, from builders to engineers and developers to geotech engineers, etc.,” said Silec.

Last year, over a seven-month period, the Company achieved their ISO 9001 accreditation through significant financial, time and energy investments. This accreditation has already proven to be well worth all the effort, and is certainly a credit to Concrib. Securing ISO 9001 accreditation in itself is a significant, the synergy and effort behind the entire process is indicative of a very powerful cohesion through the Company. “The truly outstanding thing was the full staff participation in defining and implementing the process — I found it fantastic. Our people took full ownership of what need to be done. It's really improved the attitude and morale of our entire staff through the knowledge that it was their thoughts and participation that helped make it all possible,” said Silec.

In line with that, Concrib also achieved accreditation as a pre-caster for the Queensland Transport and Main Roads Department.

In addition, Concrib was also officially appointed as the sole Australian licensee for Stone Strong. Headquartered in Nebraska, U.S., Stone Strong Systems has earned a solid reputation for technical innovation, precision manufacturing, superior design, unmatched quality, and unparalleled customer support. These traits have helped make Stone Strong Systems the ideal solution for many diverse projects, from shoreline protection and erosion control applications to the most challenging retaining wall installations. Stone Strong Systems is highly selective with the strategic partnerships forged through its international network of licensed dealers who've been instrumental to their success.

Over the last two years, Concrib has also made significant inroads to the New South Wales and Sydney markets, particularly with their concrete sleeper wall retention system. The Company made a conscious decision to improve their presence there by way of Concrib's business development manager's visiting Sydney on a monthly basis to conduct presentations to consultants, councils and various authorities. They also have a business manager that goes down biweekly, making contact with retaining-wall contractors in the Sydney and New South Wales area, establishing supplier relations. “We've generated associations with a number of contractors in New South Wales and Sydney, so that's significantly improved our footprint down there,” Silec said.

Further on this, Silec explained, “We've also developed and expanded our steel fabrication activity as related to the preparation of galvanised steel posts for our concrete sleeper wall system.” Driving Concrib's decision to increase their focus and efforts on these steel posts is the increasing value applied by the market. “One of the primary reasons the market now prefers these steel posts is because of the smaller footprint. Therefore, we've expanded our ability to meet the demands in that area,” said Silec.

Concrib's sleeper wall system won the Civil Contractors Federation (CCF) QLD Earth Award in October of this past year. As part of Concrib's strong alliances, they've been members of the CCF for approximately the last 20 years. Concrib consistently submits entries of its special projects for consideration. And with the Company's significant developments over the last few years, it was only natural that they were selected for this award. Under the category of projects up to a million dollars, a particular sleeper wall system project garnered them the win through their planning, designing and construction, as well as having achieved exactly what the client desired.

Last year, Concrib produced on average, 50 tonnes of product daily. They've now significantly increased their production to 60 tonnes of product daily, at their yard. “First, there has to be a market demand to justify the production increase. The expansion of the systems we deliver helped tap into increased demand in subdivisional markets,” Silec said. “We've also improved our capacity with more molds, as well as our capacity for installation, including comprehensive training of our personnel throughout both our manufacturing and our site installation crews.” Furthermore, Concrib has been diligent about managing and maintaining this growth to ensure sustainability. “For example, we now have a bigger crew of supervisors for site-installations to ensure that proper procedures are followed at all times.”

In 2012/13, Concrib's turnover was $16.4 million. In 2013/14, turnover reached $18.3 million. And just halfway through their current production year, the Company is now on track to reach $20 million. In addition, in 2013, the Company had 55 employees. Now, their workforce has grown to 65. "From that, what we're really proud of is that this year, 17 of our employees will have been with the company for at least 10 years, 14 of those for at least five years, and 12 of those three years or more. For an industry like ours, which is not an easy industry, I think it's fantastic to have that level of commitment and loyalty from employees," said Silec.

With subdivisional market demand picking up, paired with Concrib’s adherence to strict standards, development of new systems, flexibility in project scope, and readiness to deliver on a wide range of client demands, they certainly are a company to be watched in 2015. 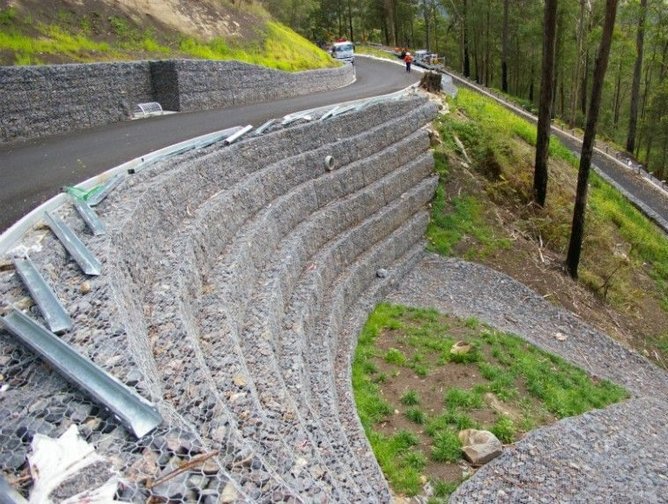 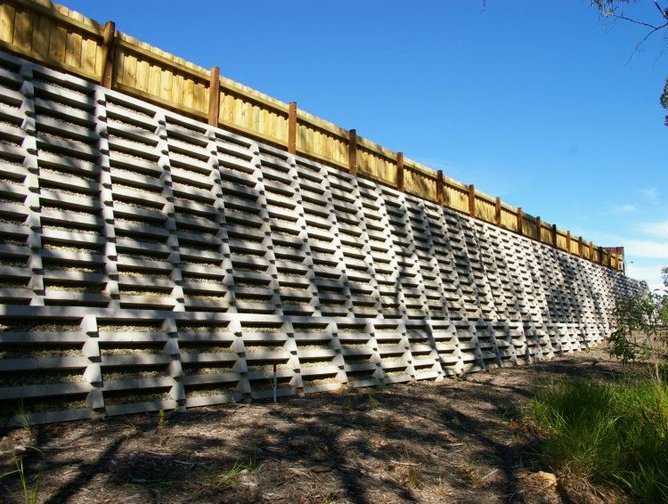 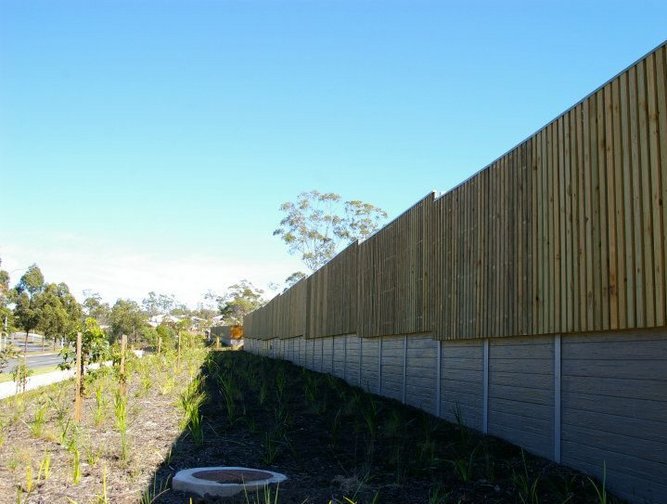 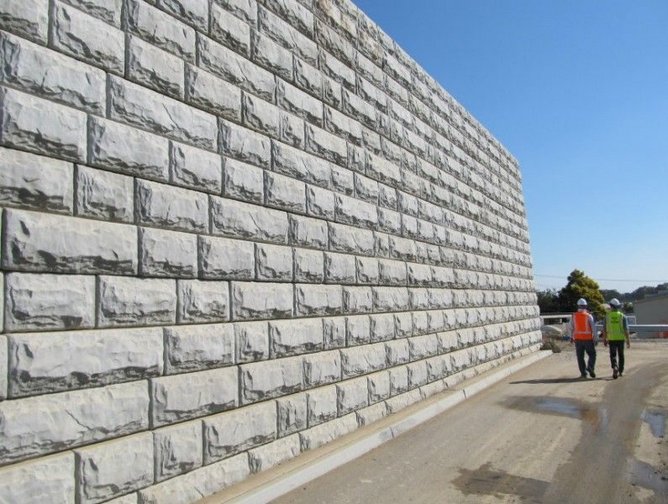 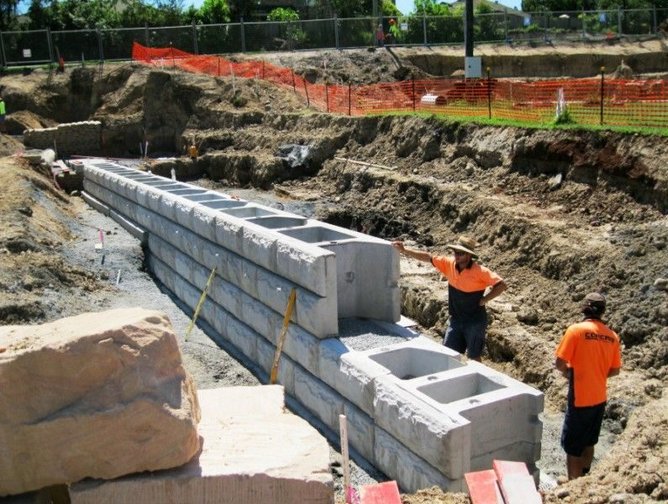 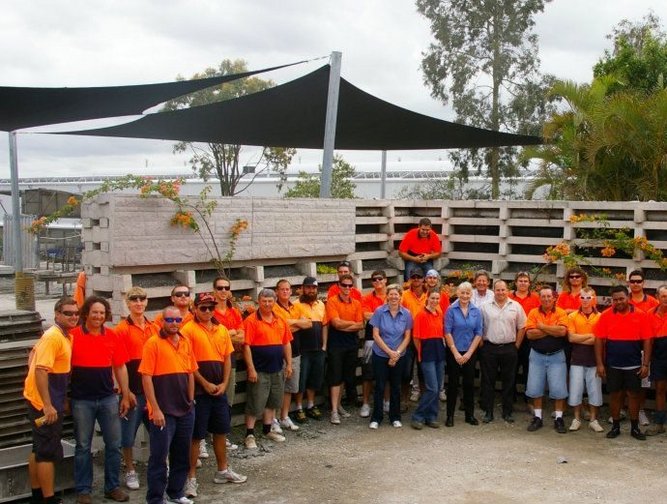 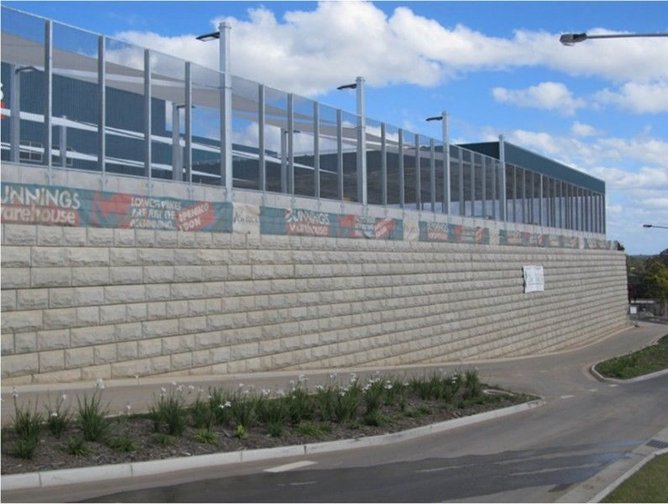