Casalingo: the taste of tradition

Casalingo is an Italian word associated with home cooking, and though Casalingo Foods is expanding fast in its native Australia and moving into new markets overseas, the standards of Italy still prevail in this family firm.

Australia is defined by its diversity in culture and the welcome it has given to people from across the world wishing to make their future there. Though Italians have been settling in Australia since the 19th century, there was a spike in immigration after the end of the Second World War, mostly comprising skilled tradespeople and craftsmen. It was during the 1950s that many construction business were started, some of them now among the largest in the Asia-Pacific region.

The food industry was also a big beneficiary of Italian know-how, and when brothers Francesco and Carmine Ventura brought their family tradition of producing prosciutto and other products local to their home in Abruzzo, they set about establishing a similar business in their new homeland. For the next 30 years Carmine and wife Angelina continued to make Italian delicacies from their North Fitzroy butcher shop. Carmine Ventura (not the same one but his grandson and namesake who is now General Manager of Casalingo Foods) explains the company's subsequent history. “It was about 15 years ago that my father Domenic and I made the decision to take the company out of retail and to concentrate it at the site we occupy now in Clayton, a suburb of Melbourne.”

This was the start of Casalingo Foods, aimed at restoring the company to its roots as a manufacturer of Italian meat products, or smallgoods as they are known in Australia. The category of goods produced includes premium ham products like prosciutto and pancetta, seasoned pork in the form of porchetta or lonza, and sausages from Italian salami and salsicce to chorizo and other European style variants. To give an idea of the growth of Casalingo over the last 15 years, it started out with just four different products and today has more than a hundred lines.

The company has grown by strategic acquisition as well as organically. In 2011 it added Fiora distributors to its portfolio, an established family owned and operated business famous for its Cacciatore salami. Earlier in 2016 it bought Crackle & Co, producer of a popular pork 'scratchings' snack. “When we acquire a business we bring production on to our existing site, which cuts costs,” says Ventura. “The crackle business was struggling to survive on its own, but it is a by-product of the meat we use for our other products, and enables us to add real value from material we'd otherwise have to dispose of at low cost.” With Casalingo's client base and distribution network in every part of Australia open to it, the crackle business is now finding new markets, and it is already growing fast.

Growth at the Clayton site has been achieved by gradually purchasing adjacent factories, investing in modern equipment, and taking advantage of economies of scale. From just one 800 square metre factory in 2001, Casalingo Foods now occupies five premises, all interconnected one with the other. “We have an acre under roof,” Carmine explains. “For a small manufacturing plant employing 50 people it is quite advanced. We have continually invested in modern ovens, mincing and cutting equipment, for example. Our future plan is to invest in automated packaging lines. We are heavily involved in foodservice but if we want to be a bigger player in retail we need the latest machinery to give us that premium look.”

For now, though, foodservice is the focus – the wide range of pubs, hotels and other hospitality outlets that form the lion's share of the company's client base. It was with this in mind that a new investor was brought in to the company, the group headed by the entrepreneur Chris Morris. The Morris Group embraces a major hospitality chain CLG, with large number of pubs, hotels, casinos, restaurants and resorts. Casalingo supplies all of these with smallgoods. Together the companies are turning their attention to export markets in the Asia-Pacific region. “We are one of the few smallgoods companies in Australia that has a license to export.” It took a couple of years' hard work to get that license from the Australian government, he adds, but it was work that paid big dividends. From zero three years ago, 30 percent of Casalingo's turnover now derives from export.

Singapore and Hong Kong are the prime markets for premium products, which are airfreighted daily to distributors who forward them to the end users on the same day. There is also a very healthy market in the Pacific islands for sausages and other smallgoods with a longer shelf life, which can be sent out by sea. The strategy of focusing on export was arrived at following a realistic analysis of the domestic food market, which is dominated by large supermarkets such as Coles and Woolworths. The volumes available from these channels are offset by the squeezed margins and long term uncertainty of demand that characterises them. “Our strategy was to look to the growth opportunities in Asia, in the hospitality sector in particular, and the increasing popularity of Western style foods. We decided rather than competing in the supermarket space we would continue with the foodservice offering which we do well, and push into Asia.” It was this strategy and the company's clear success with it, he says, that attracted the attention of the Morris Group.

The association brought in an interesting addition to the business in the form of Greenvale Farm. A growing number of Australians are taking an interest in the sustainability and ethical production of the food they eat – and are willing to pay a premium for that. Greenvale Farm is both a free-range farm and a brand in the market. It still caters for a relatively small niche within the Australian market, but Casalingo has already been able to introduce it to Singapore and Hong Kong and Ventura sees a healthy potential for growth in these markets too.

Pork, the raw material for most Casalingo products, is in short supply in Australia, which has pushed up prices and made it difficult to secure supplies. Though it would ideally like to use only Australian-produced meat it has had to start importing pork from the USA, Canada and Europe for some of their sausages and cooked meats. It is ironic that it should be cheaper to source raw materials from such great distances, but if the company is to continue to grow as fast as Domenic and Carmine Ventura plan, there's no alternative.

Father and son have travelled to Spain to learn the secrets of chorizo and have had to embrace the tastes of multicultural Australia, producing German, Polish and other regional products that are in demand, and not only from the descendants of these immigrants. Such a large variety of SKUs is making the company which has hitherto relied on traditional and predominantly manual methods for stock, process and quality control, look again at its systems.

“We are moving to a point where we will bring in more IT-based quality management systems and ERP systems that can help us with tracking our goods and streamlining our ordering systems too,” says Carmine.

He relishes the challenge of driving the exports to greater levels, and foresees that within five years the factory will be producing double its present volumes of product. “Next year we will be focusing on new markets like Japan and Indonesia. These are desirable markets that we are not in yet but where there is definitely a strong demand: we have tested the water at trade shows and with trade missions that have come here.”

Perhaps unexpectedly, Dubai is also offering tempting chances. Casalingo is working with a distribution partner that holds a license to sell pork products to expatriates and tourists there, and he is hopeful that an import license will soon be forthcoming – just one of the affluent global markets he is keen to crack. 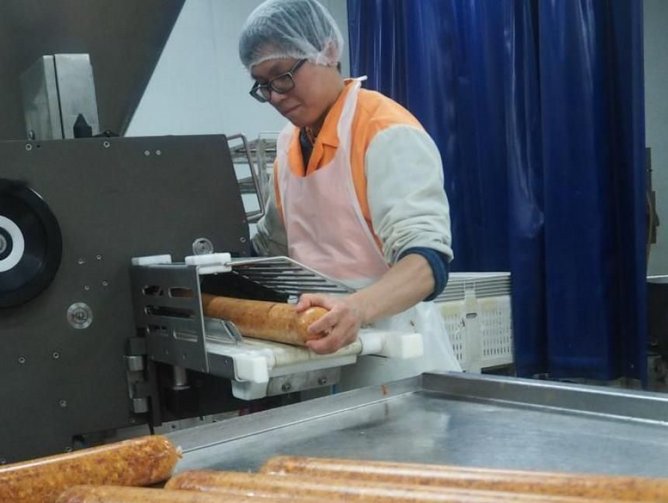 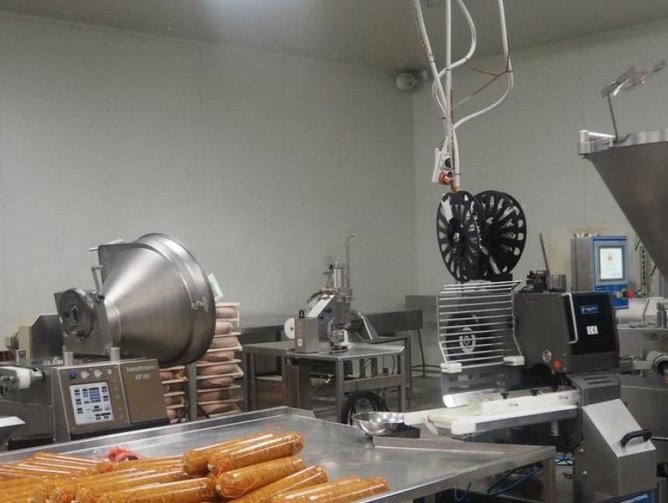 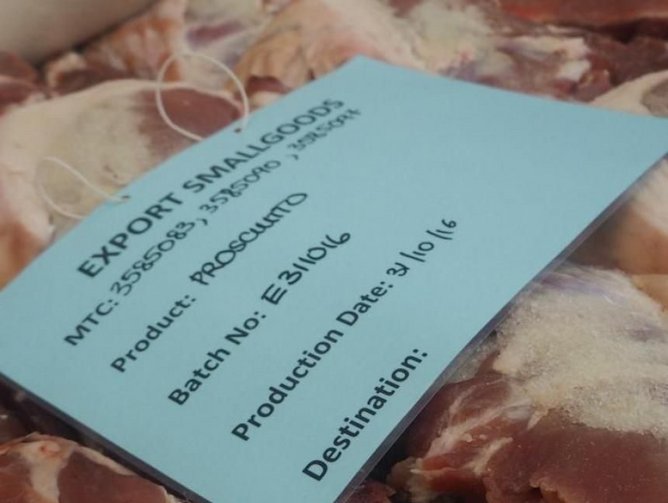 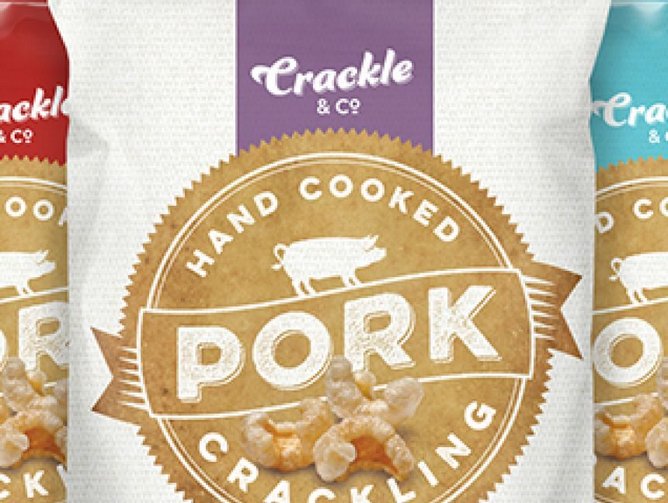