Building an Iconic Gateway to the City of Perth

The Gateway WA Perth Airport and Freight Access Project is the largest infrastructure project ever undertaken by Main Roads Western Australia. The project, which is currently under construction in WA, is designed to improve the safety and efficiency of one of the state’s most important transport hubs.  It will deliver a suite of road network upgrades to improve freight and passenger transportation around the Perth Airport Terminal and nearby Kewdale and Forrestfield industrial estates. In a statement released by The Gateway WA Alliance in 2013, the project was described as “an iconic ‘Gateway’ to the City of Perth” which will connect residents, visitors and businesses through a safe and efficient road network.

The Gateway WA Alliance is delivering the $1 billion Gateway WA Perth Airport and Freight Access Project on behalf of the Federal and Western Australia Governments. The Alliance is governed by a Board and an Alliance Management Team, comprising representatives from five industry leaders - Leighton Contractors, Georgiou, GHD, AECOM and BG&E - working in partnership with Main Roads WA.

While some preliminary works packages began in early 2013, work on the project’s major construction packages commenced in third quarter of 2013. The full scope of works is expected to be complete by January 2017, ahead of the planned consolidation of the Perth Airport Domestic and International Terminals.

Gateway WA is a Bigger Picture project, one of ten major infrastructure projects transforming Perth and building the city’s capacity for the future.

The project in its entirety includes five new grade separated interchanges, 11 new bridges and 165 lane kilometres of new road. The Tonkin Highway will be widened to three lanes in each direction and the Leach Highway will be upgraded to an expressway. In the region of 21 kilometres of principle shared path for pedestrians and cyclists will be laid, as well as seven kilometres of screen wall, which will help dramatically reduce traffic noise and provide privacy.

While increased efficiency and safety is top of the agenda, aesthetical enhancements have also been a key priority. Throughout the planning stages of the project, an innovative urban design has been created with the aim of generating a lasting impression for road users, residents and visitors to Western Australia. “The project provides an opportunity to form a ‘Gateway’ to the city that expresses the dynamic, creative and rapidly evolving character of Western Australia,” states the Gateway WA Alliance in a media release. With this in mind, over one million plants will be established across the project as part of its comprehensive landscaping and re-vegetation program.

The design and delivery for Gateway WA is ambitious and technically challenging, requiring a large multidisciplinary team for delivery. Now at its peak, the project employs more than 1,000 people and injects millions of dollars into the local economy through the use of local suppliers and sub-contractors.

From day one, organizational structure has been heavily considered. First, the Alliance was adamant that it wanted to attract the very best people from its partners and MRWA to form a fully integrated team; and second, it wanted to ensure that the project could be finished safely and efficiently. From a logistical and management point of view, the project has been divided into three major construction zones for delivery - northern, southern and western. “In order to deliver the project as efficiently as possible, we broke it down into separate geographical elements so each section could be complete at the same time,” says Nicholas Combe, Alliance Director.  Recognising that traffic management was such a fundamental aspect of the project delivery, a fourth project covering the projects logistics and traffic operations was developed specifically focusing on maintaining a safe and efficient road network during the construction phase of the project.

Owing to the complexity of the project and the number of contractors involved, a number of Key Results Areas (KRAs) have been highlighted to ensure everyone involved is moving in the same direction. These KRAs are also there to help measure the progress and success of the project. The KRAs include safety and health, quality, timeliness, cost, network user satisfaction, reputation and sustainability. Gateway WA endeavours to deliver outstanding outcomes across all seven KRAs.

The Alliance has appointed a management team to oversee these KRAs and between them their expertise spans a number of major disciplines including construction, design, stakeholder and community relations, traffic management, network operations and safety, quality, environmental management, plus overall operational planning.

“We went on a massive campaign to map existing services before we started work on the project. We also worked very closely with existing service providers to minimise disruption and clashes with the design,” says Combe.

The local community has been a focal point since day one; in fact, comments and ideas raised by stakeholders and members of the community were instrumental when it came to identifying local needs and preferences for the Project Master Plan. Stakeholder and community opinion influenced a number of key project decisions relating to road design, access arrangements, environmental management, amenity for pedestrians and cyclists, and urban design aesthetics for the ‘gateway’ to Western Australia.

The project team has also worked collaboratively with Main Roads WA and the City of Belmont to review stakeholder comments regarding the freight movement efficiencies through the Kewdale industrial area. This assessment helped to identify local issues and confirm the scope of works required as part of the improvements to the local road network.

The project is continuing to seek guidance from the local community as the works shift into delivery, through engagement with a Community Liaison Group, ensuring the views and knowledge of local stakeholders continue to be taken into account throughout the project.

One of the main considerations was noise pollution and privacy for local residents. To overcome this, some seven kilometres of noise barriers will be installed as part of the main build.

As with any major road works project, traffic management is a top priority at Gateway WA, and an integrated approach has been implemented across the build. A web based live journey time indicator can be viewed online allowing commuters to pre-plan their journeys. What’s more, road users can pick up live feeds from VMS Boards stationed along the arterial, providing them with on-demand updates through their drive on the network.

Part of the new road network will create a new entry into the Perth Domestic and International Airport terminal, known as Airport Drive. The new road is located closer to the end of the runway than existing infrastructure, which has bought with it a unique set of challenges and limitations. “The proximity of the road in relation to the flight path has resulted in having to construct the road below the existing ground level to accommodate the aviation constraints,” explains Combe.

As a consequence, challenges such as ground water have had to be overcome. Furthermore, contractors had to employ specialist machinery and excavation equipment to enable construction activities to be undertaken within the aviation corridor. “The cranes in particular are fitted with a GPS locking device that won’t allow the booms to extend higher than a set range. That way we control the risk of breaching the aviation restrictions,” explains Combe.

Another key concern high on the Gateway WA Alliance’s agenda is sustainability. Gateway WA is passionate about undertaking the Perth Airport and Freight Access Project with environmental care, aiming to minimise any adverse impacts associated with the works. Where possible, the project is taking steps to conserve vegetation and established trees, protect the habitats of native flora and fauna, and salvage plant material for re-use after the project.

The Federal Department of Sustainability, Environment, Water, Population and Communities has approved the project, and as a requirement of this approval, the project must operate under a series of Construction and Operation Environmental Management Plans. These plans outline the management of key environment risks associated with the project and are extremely meticulous.

Additionally, the Department of Environmental Regulation (DER) approved a Clearing Permit for the Gateway WA project (with the exception of Roe Highway) in July 2013. The permit allows clearing of native vegetation within the project boundaries on State land. In association with the clearing permit, the project complies with conditions relating to fauna and flora protection, dieback, weed control and offset vegetation.

The approval to undertake works for the Gateway WA project, which falls within registered aboriginal heritage sites, was granted on 13 February, 2013 under Section 18 of the Aboriginal Heritage Act 1972. Further consultation with the appropriate aboriginal communities will continue throughout the project.

As a part of Gateway WA’s commitment to caring for the environment, the project will provide a supportive environmental culture by embracing behaviours that contribute to a sustainable future. It will minimise its environmental impacts and prevent pollution by applying a hierarchy of controls to eliminate, substitute or mitigate such impacts and will promote the efficient use of energy, reduction of waste and recycling of materials in all activities.

Gateway WA also pledges to improve the overall sustainability performance of the project by measuring, managing and taking appropriate steps to increase the projects’ Infrastructure Sustainability (IS) rating, while complying with environmental legal requirements and approval conditions applicable to the project. Furthermore, it will engage with the relevant stakeholders and community representatives on a regular basis with the aim to build strong relationships.

“Gateway WA’s mission is to safely deliver sustainable, landmark road infrastructure around the Perth Airport and the Kewdale freight precinct.  In doing so, Gateway WA is committed to achieving sustainable economic, environmental and social outcomes for the project, from inception through to completion and beyond,” reads a statement from the Alliance.

As part of its stringent environmental rules, the project is also striving for a certification of ‘Excellence’ from the AGIC (Australian Green Infrastructure Council). In order to achieve this, project management will be required to meet a number of requirements pertaining to recycling initiatives, the enhancement of network efficiency and methodology around noise reduction.

In line with these requirements, the Gateway Alliance has been incredibly proactive when it comes to recycling old materials. “We’ve collected all material from the existing roads and have reused what we can in the new build. We’ve used recycled asphalt throughout, and have even sought recycled material from cement manufacturers for pavement construction. In total, we estimate we have imported more than 100,000 tons of recycled material to date,” says Combe.

Safety of the local community as well as that of its people is one of the prominent KRAs outlined by the Alliance: “The health and safety of our people and the community is the ultimate priority for Gateway WA. Safety and environmental considerations underpin everything we do, from planning through to construction and delivery.”

Gateway WA is committed to implementing and maintaining a robust safety culture and delivering safety and health initiatives that benefit its staff, subcontractors and the community. “We believe that everyone should return home from work in the condition in which they arrived,” states the Alliance.

The Gateway WA project is undoubtedly going to have a huge impact on the local community when it opens in 2017. What is remarkable, though, is not only the massive scale of the build, but also the collaborative nature of the project. Pre-works planning from a logistics and financial point of view has been critical to the success of the project, but so too has ongoing governance. From community liaison officers to project managers and representatives from Main Roads WA and the other five Alliance partners, from stakeholders, such as the Perth Airport and local government authorities to businesses and the community, everyone involved is focused on the success of the build and remains driven to achieve it goals and objectives.

Ultimately, the safety and effectiveness of the project is paramount, but the focus on leaving a lasting landmark has also set the Gateway WA project apart from the competition. No stone has been left unturned when it comes to quality, and that dedication and unwavering commitment by all involved is certainly paying off. 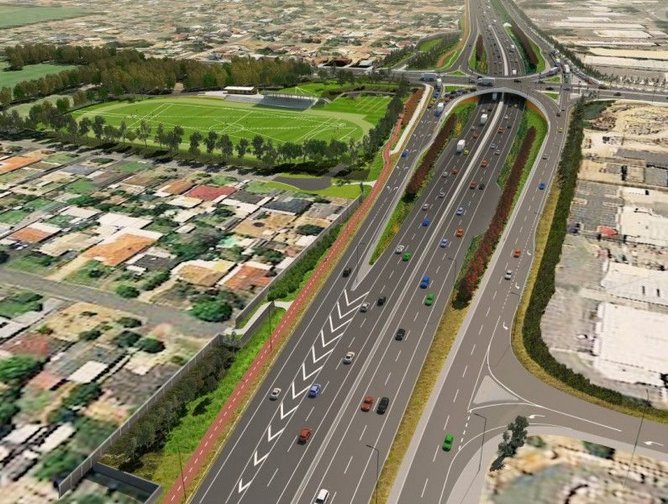 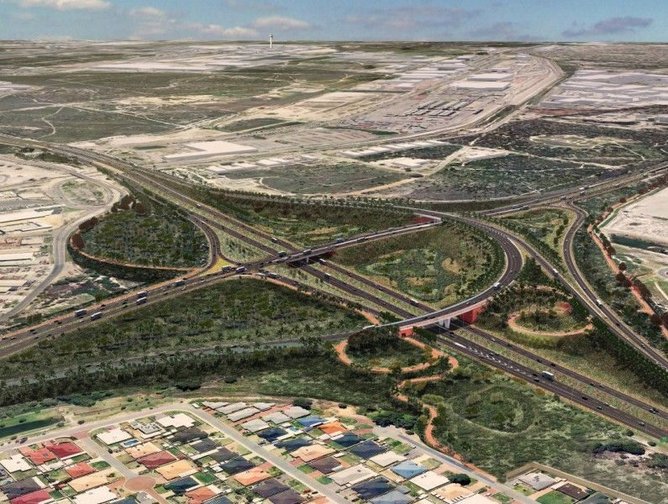 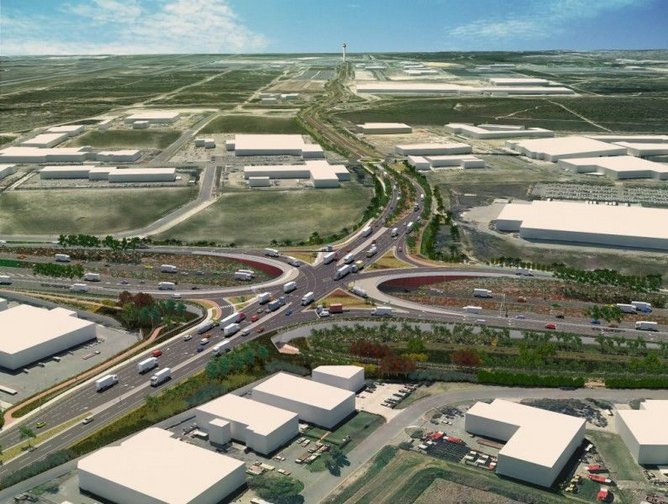 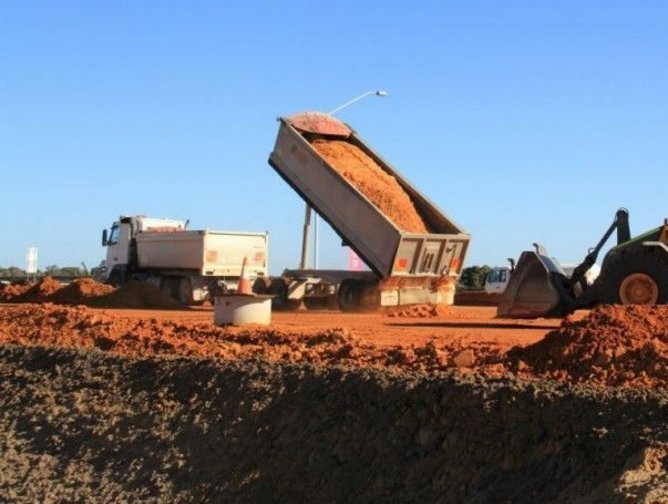 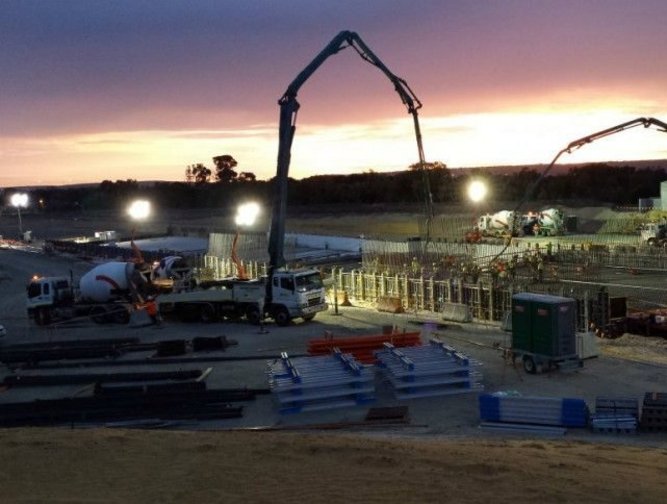 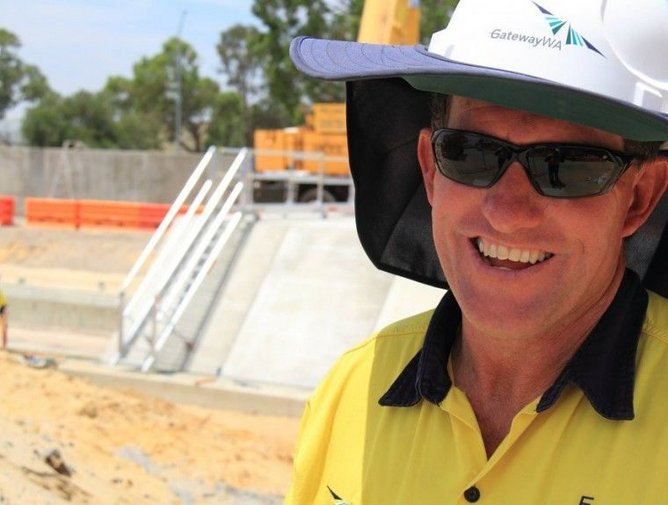 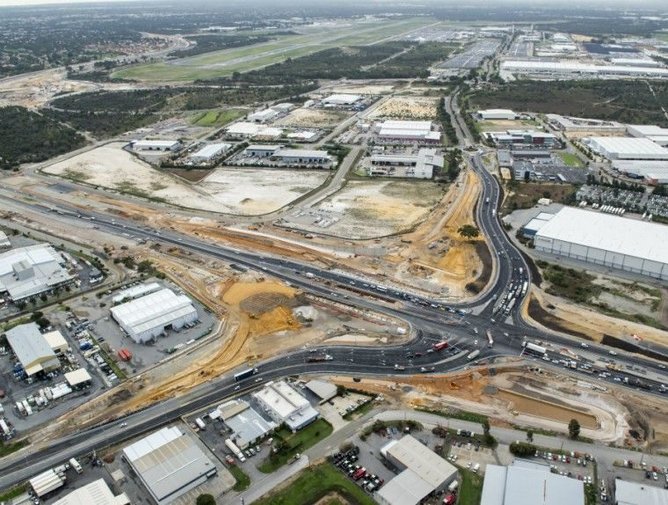