Building a Gateway to Perth

With significant global industry and tourism connections, and as Western Australia’s capital, Perth is often our country’s primary entry point for visitors and trade partners—and first impressions are always important.

“The Gateway WA Perth Airport and Freight Access Project is an iconic infrastructure project for Western Australia, providing a much needed upgrade to one of the State’s most important transport hubs,” says Ilario Spagnolo, Senior Project Director. “A road project of this size and scale had never been carried out in the state before. It was delivered by an Alliance of industry contractors, including Main Roads Western Australia, which allocated work to more than 600 local subcontractors and suppliers.”

The extensive scope of the $1 billion Gateway WA project includes vital upgrades to 7km of Tonkin Highway, 3km of Leach Highway and major interchanges in the area, including the ‘Grand Gateway’ at the Tonkin Highway/Leach Highway interchange, and approximately 21km of continuous grade separated shared path and local connections for pedestrians and cyclists. In addition to these technical upgrades, the project is also creating more pleasant travels through such innovative aesthetic urban design upgrades as 7km of noise/screen walls and more than one million plants.

Such an ambitious project often faces the risk of going over budget and past schedule. But through diligence and careful planning, Gateway WA is on track for completion at the end of March 2016, under budget and nearly a year ahead of schedule.

Safety on the Gateway

“The vision of the Gateway WA project was a safe and efficient transport network that provides an iconic gateway to Western Australia and the project’s mission was to safely deliver sustainable landmark infrastructure around Perth Airport and the Kewdale and Forrestfield freight precincts,” states Spagnolo. “Safety has always been at the forefront of what we have done and what we have delivered.”

When a complex project with multiple high risk-posing components is at hand, a commitment to safety cannot simply be lip service. For the Gateway WA Alliance, safety is fully engrained in the workplace culture. The project has entailed what Spagnolo describes as a “hierarchy of control” including engineering, isolation, substitution and elimination to promote a high standard of safety that ultimately achieved concrete results.

“Gateway WA’s commitment to providing a robust safety culture resulted in the project achieving more than 4 million Lost Time Injury free hours,” says Spagnolo. “The team focused on the critical aspects of safety across all stages of design and construction, as well as frontline leadership.” That record has not gone unnoticed by the Alliance’s peers—the project took the  ‘Best Workplace Safety and Health Management System’ award at the 2015 Western Australian Work Safety Awards

Gateway WA has employed many instances of innovation and creative thinking to meet the unique challenges of the project, while increasing safety and efficiency for drivers at every turn.

“The introduction of the first, single-point urban interchange to the State, at Leach Highway/Abernethy Road, was innovative for Western Australia, and the introduction of the first-ever tennis ball design configuration, as part of the Roe Highway/Berkshire Road interchange, was a first for Australia,” explains Spagnolo. “The innovative design at Roe Highway/Berkshire Road was prompted as a Safe Systems initiative and it can generally be described as being similar to a roundabout under signal control but with right-turn traffic movements from Berkshire Road moving through the roundabout to and from the ramps. This type of design means the risk of 90 degree collisions between vehicles is significantly reduced, leading to an improved road safety outcome for road users, while also moving traffic through the junction in an efficient manner.”

“Gateway WA was dealing with one of the State’s busiest transport hubs and had to keep freight and passengers moving during construction,” notes Spagnolo. “The Alliance worked closely with Main Roads Western Australia to deliver higher standards and implement traffic management not widely used before in Western Australia.” This included the use of truck mounted attenuators and the introduction of full road closures and contra flows, which increased worker safety.

In addition to safety, the Gateway WA project has also paid special attention to sustainability, especially where the management of its 5.9 million tonnes of bulk materials and subsequent waste was concerned.

“The Alliance model on the Gateway WA project fostered fresh ideas for sustainability,” says Spagnolo. “The team looked at a wide range of perceived environmental risks that could potentially arise from construction. From there, a waste management strategy was put in place that set clear targets and goals for waste reduction from the outset. By defining what the project’s objectives were from the outset, it led to a shared vision of what waste minimisation would be on the project.”

The Gateway WA project utilised several methods of waste minimisation, such as using recycled materials like quarry crusher dust and construction and demolition waste (C&DW) as fill. The project also created an onsite licensed facility to treat acid sulphate soil and degraded soil material, ensuring that its topsoil waste can be reused in other projects down the line instead of being sent to landfill.

“The sustainable reuse of degraded and other unsuitable soil has many benefits, particularly from an environmental perspective,” says Spagnolo. “As well as reducing the project’s impact of sending materials to landfill, it decreased Gateway WA’s reliance on imported fill brought in for the project. This, in turn, meant less vehicle haulage and traffic congestion, which is environmentally and socially beneficial.”

Gateway WA was also recognized for these efforts, chosen as the Business Category winner at the Waste Authority’s 2015 Infinity Awards for its commitment to waste minimisation on the project. The project has also garnered a prestigious certification of excellence for design by the Infrastructure Sustainability Council of Australia in 2014—one of only two road projects in Australia to earn that designation.

“From the outset, it was important to create a gateway to Perth, with an entry statement rivaling other cities in the world,” says Spagnolo. “Perth is often the first impression of Australia to international visitors, so we wanted to create something that was unique to the State and to the country—to express the dynamic, creative and rapidly evolving character of Western Australia.”

From its cutting-edge engineering to striking urban design, the Gateway WA project is helping Perth make its mark on the world. As Spagnolo adds, “The Gateway is something that the people of our State can be proud of for years to come.” 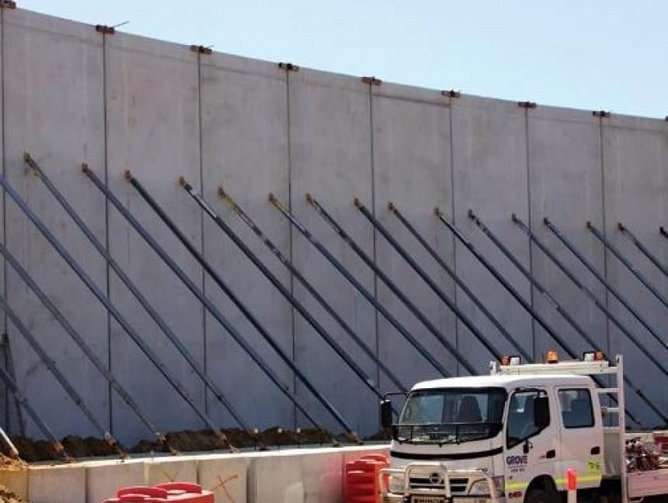 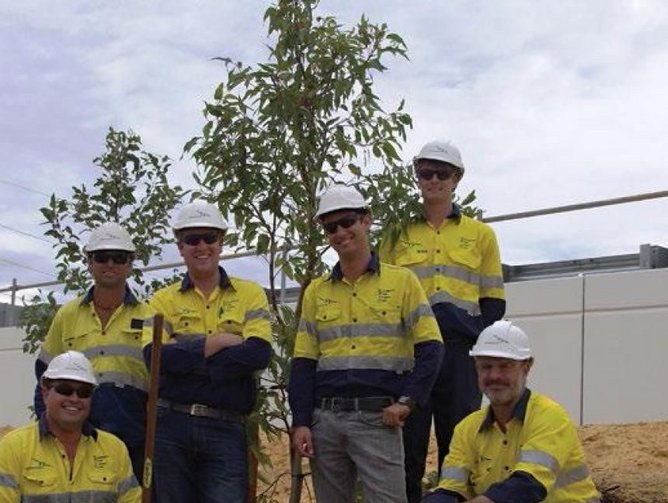 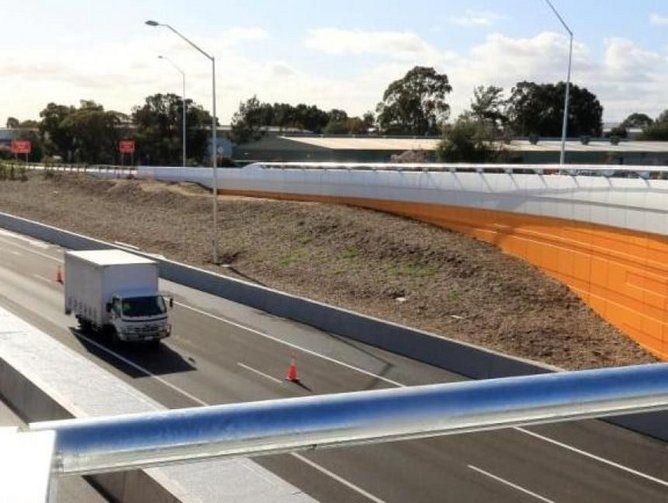 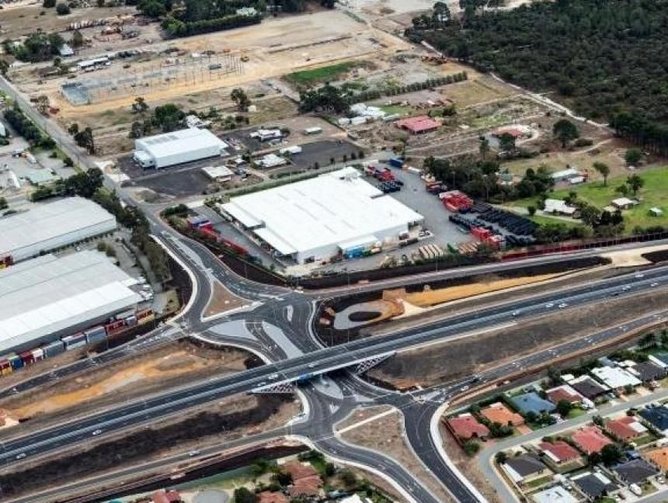 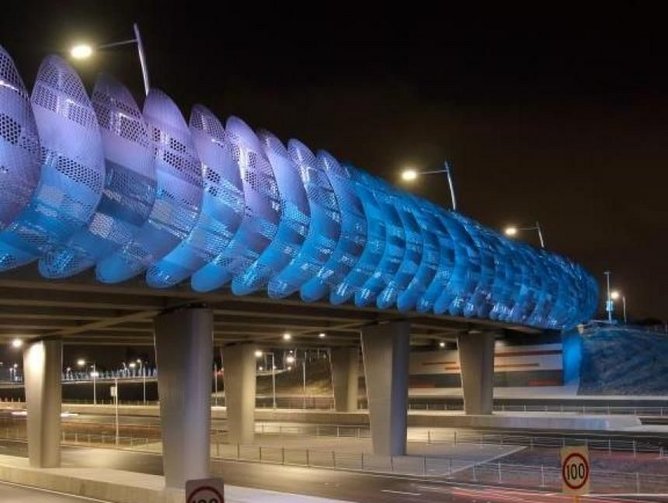 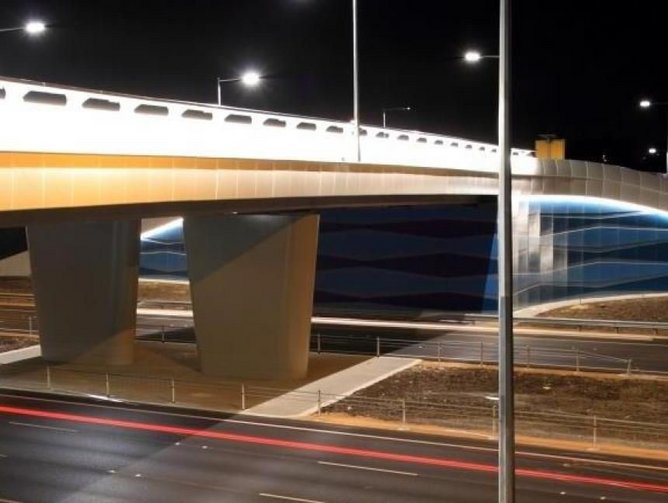