Australian macadamia nuts enjoy a first-class reputation (taste and quality) all over the world, thanks to a dedicated group of innovative growers, world-class farming practices, commitment to clean, green production and a multi-million dollar research and development program that has delivered some of the world’s leading technology and pioneering scientific breakthroughs.

Australia - the birthplace of macadamias - leads the world in macadamia production and export, accounting for more than 30% of the world’s crop. In 2014, around 750 growers will produce 40,000 tonnes of Australian macadamias, of which 70 per cent ($120-130 million worth) will be exported to more than 40 countries.

Growing regions are found in the sub tropical climates of northern NSW and southern and central Queensland, and smaller plantations in Western Australia, while new regions are now opening up (to cater for growing demand) in the northern Queensland areas of Mackay and Emerald.

The growing Asian appetite for macadamia nuts is being driven by not only China and Japan (the two largest export countries), but by relatively. The peak industry body is the Australian Macadamia Society (AMS) which is charged with driving the industry’s cutting-edge research and development, marketing and strategic investment.

The AMS marketing program is geared up to take advantage of increasing global demand, launching a major promotional campaign in Korea in 2013, and coordinating a blogger event in 2014 (where five Korean bloggers shared their Aussie macadamia experience with 2 million Koreans). A comprehensive social media campaign also helped 1.9 million Japanese consumers vote macadamias as their favourite nut in a major consumer brand promotion.

The national Research & Development program has also positioned the industry to take full advantage of the current boom.

New tree varieties currently being trialed by the nation’s best scientific researchers have 30% higher yield and will be available from 2017-18. As well, the ‘Small-Tree High-Productivity’ project (which has just received a further injection of $3million from the Australian government) will produce smaller, more efficient trees with higher yields, that are quicker to harvest, meaning lower production costs for farmers. In addition, a macadamias global health project – set to kick-off in 2015 – will provide the research needed to further support macadamias health proposition and take full advantage of consumers increasing awareness of the health benefits of nuts in relation to heart disease, diabetes and weight management which is helping to drive demand globally, as is the increased recognition of the macadamia nut’s versatility and exquisite, buttery taste. It can be found in up to seven aisles of the supermarket – from breakfast cereals to snack food, confectionary, ice cream and skin care.

This year, the Australian Macadamia Society celebrates its 40th anniversary.  The AMS represents 600+ members representing all facets of the Australian macadamia industry. Whilst the majority of members are growers, membership also includes processors, investors, marketers, consultants and researchers. The AMS is committed to driving initiatives to secure the future of the industry, including conservation of the endangered wild macadamia species, regeneration of rainforest pockets on farms and the development of biological pest and disease controls. 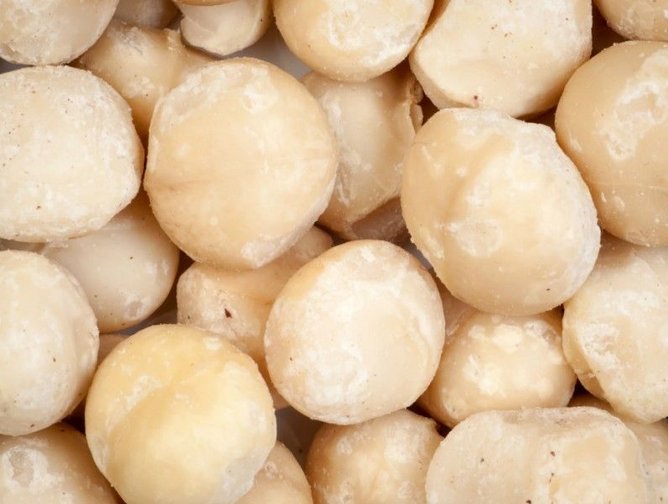