Vancouver-based TAG Oil continues to thrive in New Zealand as a major gas and oil operator. With a strong production foundation and cash-positive assets, the company has positioned itself—financially and operationally—to deliver shareholder value despite the tough market conditions of the sector.

With an established presence in New Zealand, TAG Oil is primed to continue its growth trend and begin exploring new possibilities in other territories.

The company’s success is clearly defined through its portfolio of assets in the region.

TAG owns 16 exploration and production permits in the Taranaki Basin, currently operating 10 of those, including its 40 percent interest in shallow water offshore Taranaki, and interests in the East Coast and Canterbury Basins.

“TAG’s East Coast prospects are in the early exploration stages, with vast potential once oil prices recover and it makes sense to continue there,” said Toby Pierce, chief executive officer and director of TAG Oil.

Undergoing more immediate activity is the company’s producing acreage in the main Taranaki production fairway. Assets include the 100 percent-owned Cheal and Sidewinder oil and gas fields in the onshore Taranaki Basin, the Cardiff Deep gas discovery, and the Kaheru Offshore JV.

Earlier this year, TAG underwent an extensive geotechnical and engineering review over the Taranaki development and exploration acreage to review the next round of drilling on the Company’s operated Cheal and Sidewinder Exploration and Development acreage.

“We’re still in the primary phase of production in Cheal,"  said Pierce, “despite producing a net daily average of 1,689 barrels of oil equivalent—73% oil—this last quarter. We’re still finding new pockets of oil and gas, and there are many different aspects to implement, from optimizing recovery to infill drilling along known trends, and exploring through multiple producing formations. There are opportunities for oil there and potential upside.”

According to Pierce, a particularly prospective project is Cardiff—a deeper gas exploitation with potential to be a very large deposit. “It will likely take some time to approach while we’re being conservative with cash flow, but we could possibly consider bringing in a partner if the conditions were right,” he said.

Along with strong assets, TAG owns and operates a modern production infrastructure and associated pipeline network, linking the gas it produces to the main high capacity pipeline, ensuring direct access to thriving markets in the Taranaki region.

In what other ways can TAG Oil grow? “We have nice footprint in New Zealand, but it’s a relatively small place and we’d like to expand,” said Pierce. And in a market plagued by high production costs coupled with low commodity prices, TAG Oil is well positioned to take advantage.

If the deal is right

Unlike most junior oil and gas companies at the moment, TAG’s model for growth isn’t all through development, but rather through acquisitions as well.

According to Pierce, at today’s oil price levels it can be a more sensible business decision to buy companies or substantial shares in companies, which can be cheaper than developing a new project.

Pierce added, “The other benefit of growing through acquisitions is building a larger and more diverse portfolio. It also provides more access to financing, giving us a wider range of deals to look at.”

TAG maintains a balanced approach to its portfolio of oil and gas assets, with conventional production as its core focus. However, the company does consider opportunities wherever they may lie. “If the upside makes sense for us, it’s something we’ll consider,” said Pierce.

According to Pierce, the company’s competitive edge is in its clean balance sheet. “We have no debt, solid cash, and are producing assets with a skilled workforce.  We’re active, we are aggressive, and we’re looking at a number of things at the moment.”

Right people in place with a system that works

Looking behind the scenes, one key to TAG’s success has been its workforce.

“We seek the very best skillsets when recruiting new employees. We want people who can work together in harmony,” said Pierce, “and who are self-starters. We’re a relatively flat organization, so we need a highly competent, seasoned team who can keep us nimble. We’re also a diverse, international group.”

Another major component to TAG Oil is safety. With the right team in place, the company is committed to providing the safest working conditions along with the highest standard of training.

“New Zealand has good programs in place for safety but we take it a step further with our safety culture,” said Pierce.  “We’re very good on that end and we’re always working to improve. It’s our number one priority.”

Technology also plays a critical role in efficiency and safety. “We’re always looking for new ways to improve both safety and efficiency, and we’re quick to adopt proven technologies.”

One component of having the right people in place is meshing with the culture and community of TAG’s host country of New Zealand. The oil and gas producer strives to play an active but respectful role. “We’re a guest in New Zealand and it’s very important to us that we respect that and give back to our community,” said Pierce.

“We sponsor students to get actively engaged in science through field trips, educational programs and a scholarship.  We also sponsor outdoor activities including swim meets and lifesaving, an annual kids’ athletic competition, a golf club, and the local rugby team,” said Pierce. “It’s important to us to be part of the community, and these are things we really care about.”

The right pieces are in place, and TAG Oil thinks it’s their time to shine. 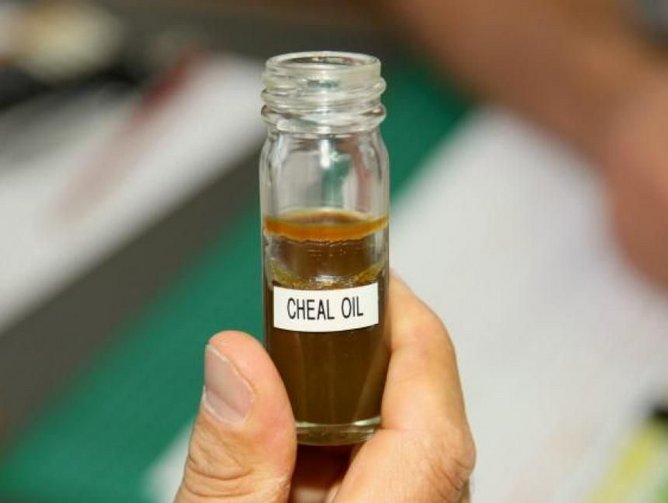 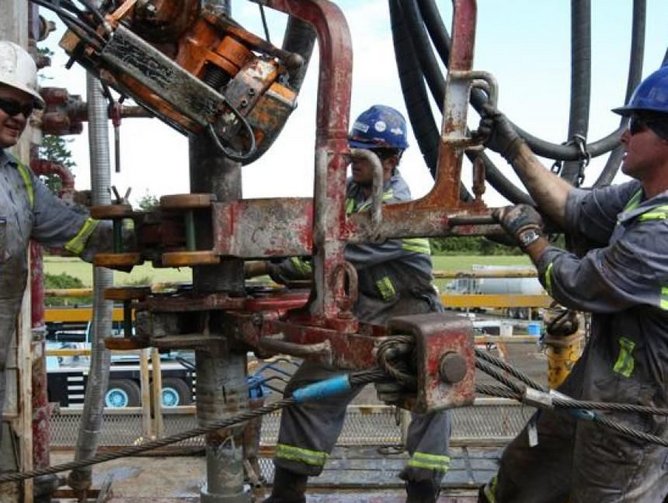 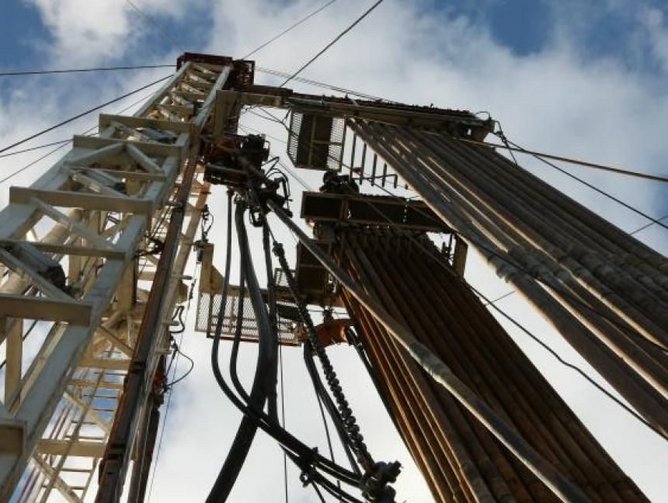 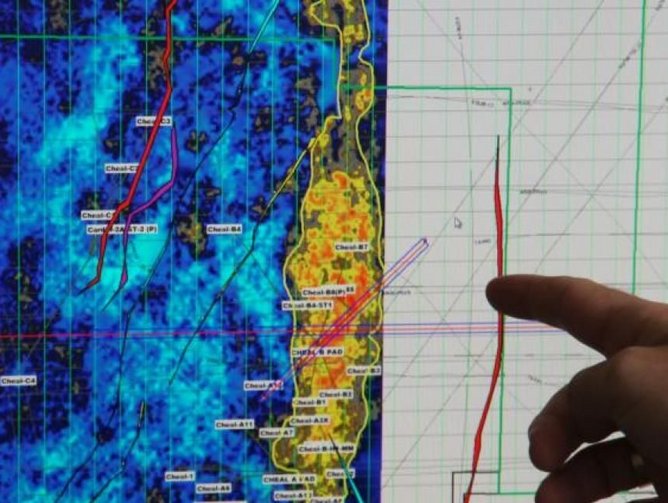 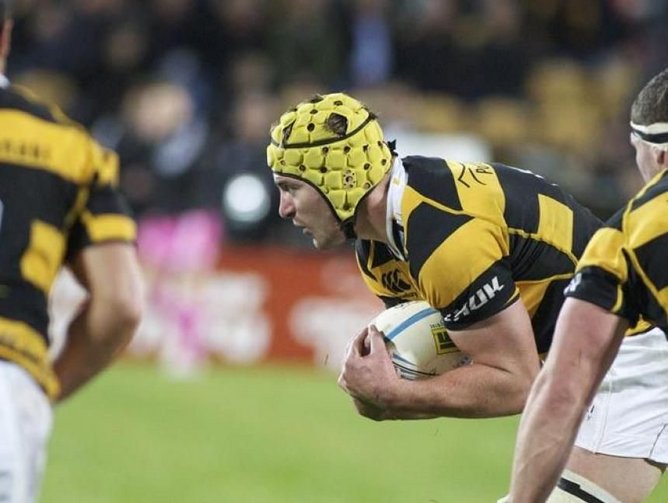 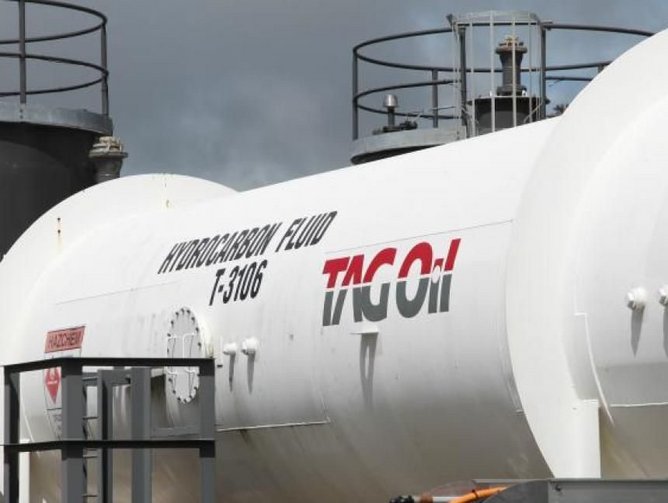 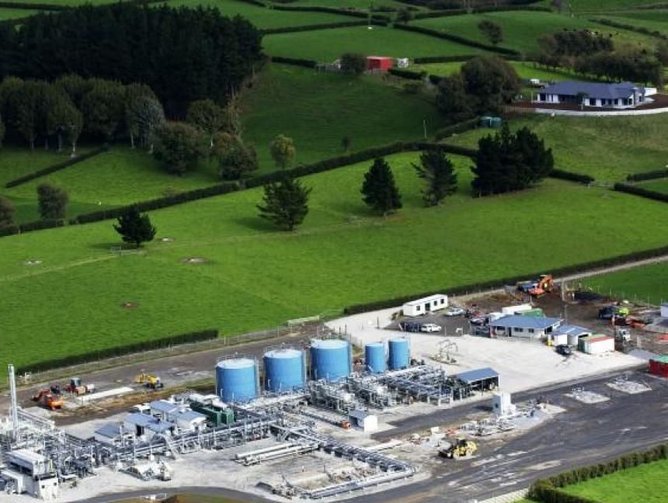 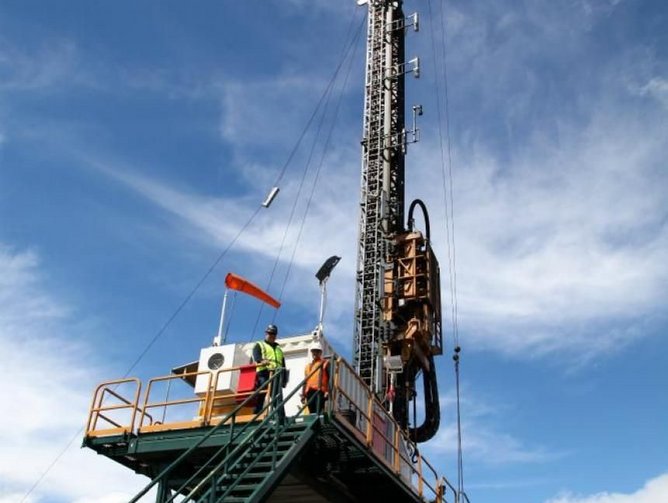